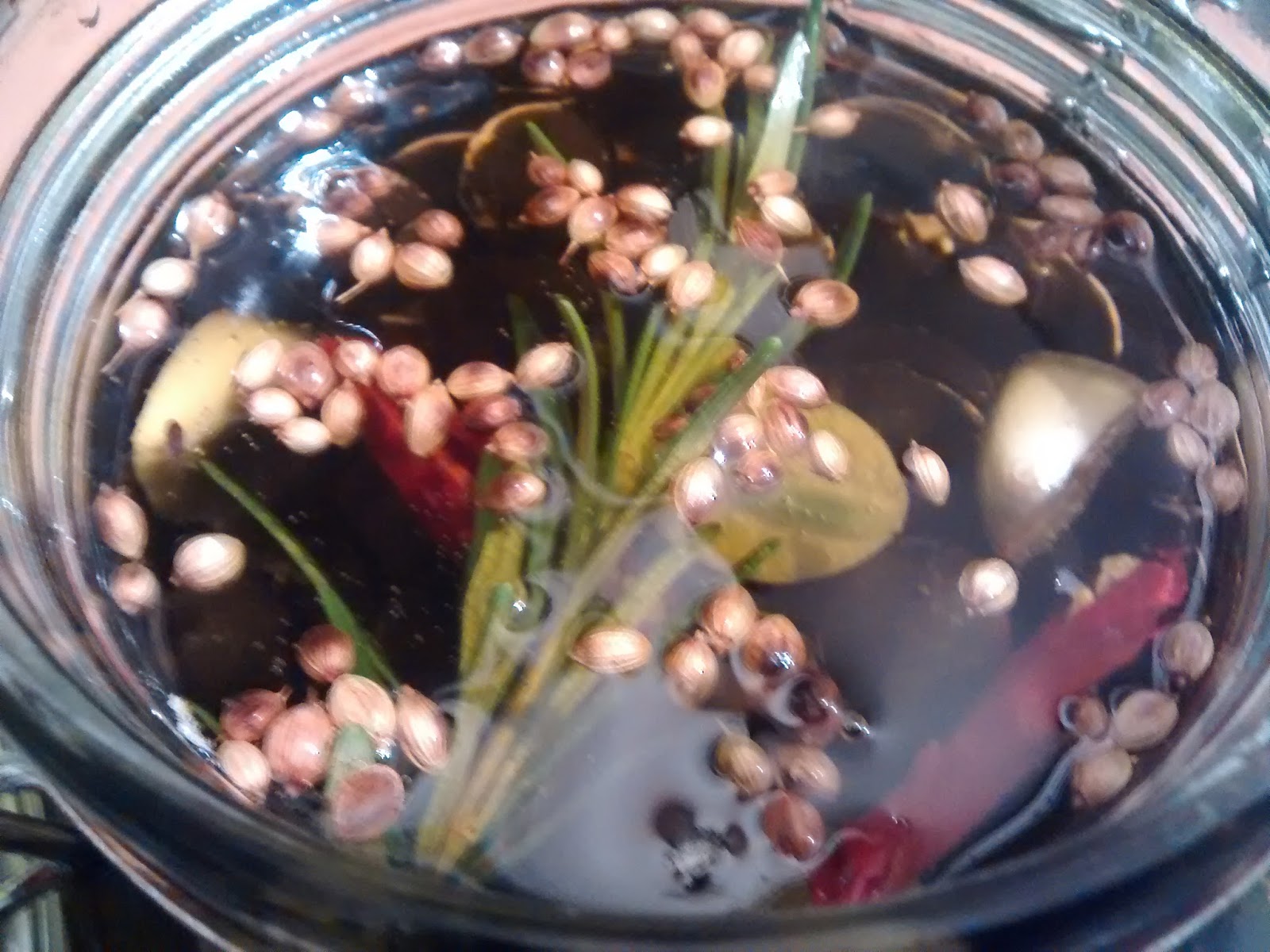 Sometimes I do large quantities of marinated olives in big jars with much planning and special Buying Of The Olives And the Olive Oil; this evening I absentmindedly and sleepily pootled about the kitchen throwing stuff in a jar and literally throwing coriander seeds about the place, all because I'd absentmindedly and sleepily drained too many olives at lunchtime, for salad, and the remaining olives were starting to look all dry and sad in the colander in the sink. It took about ten minutes. It would've taken five, if I'd been less absentminded and sleepy, and hadn't spent quite as much time collecting coriander seeds I'd thrown around. You also end up with amazing flavoured oil. 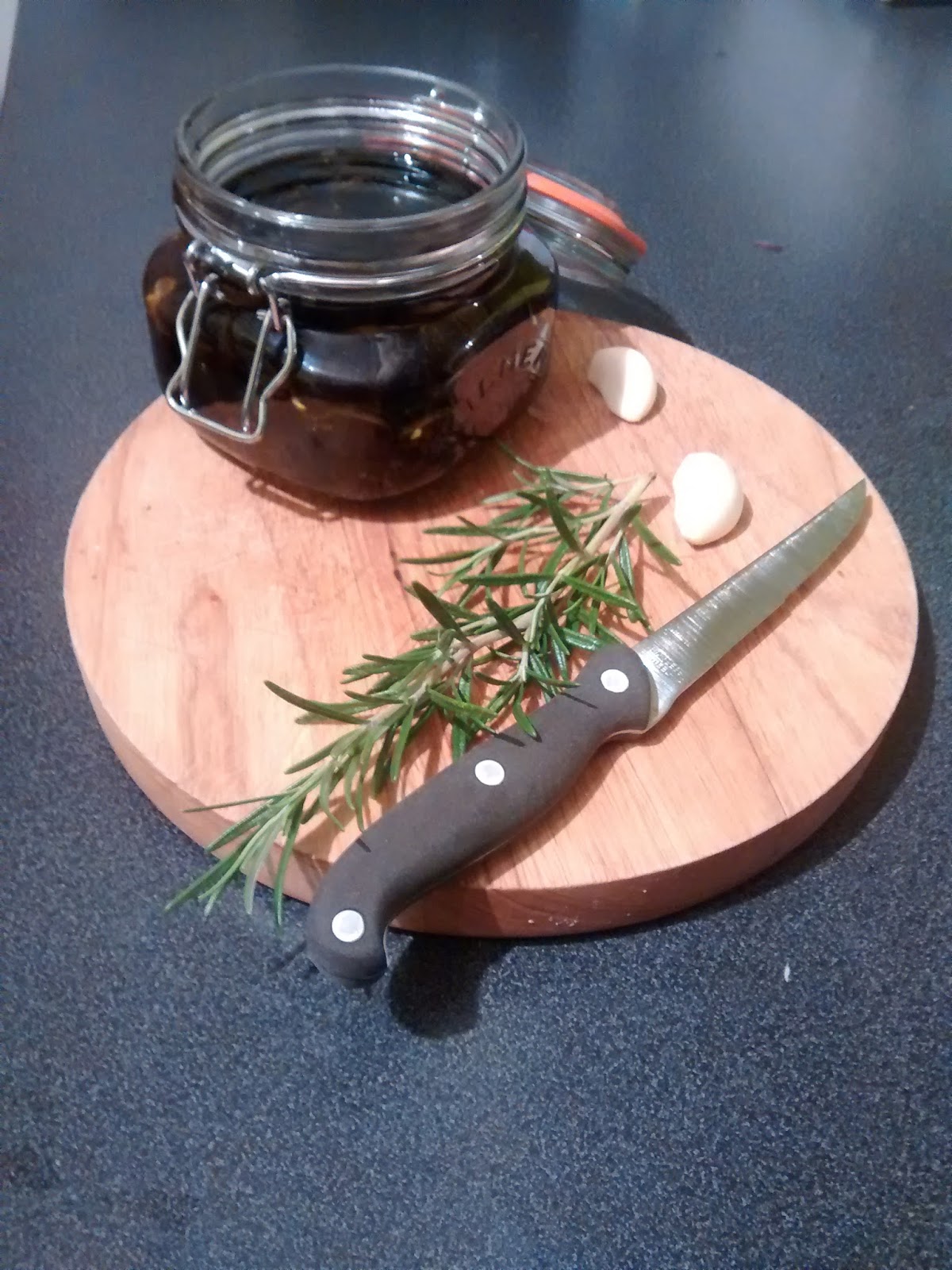 At first I was just covering the olives in olive oil, so they didn't look so dry and sad. Then I realised I could add stuff, so I peeled a couple of cloves and garlic and cut some rosemary. We debated blanching the rosemary to get rid of any evils, and settled for a good rinse in cold water. 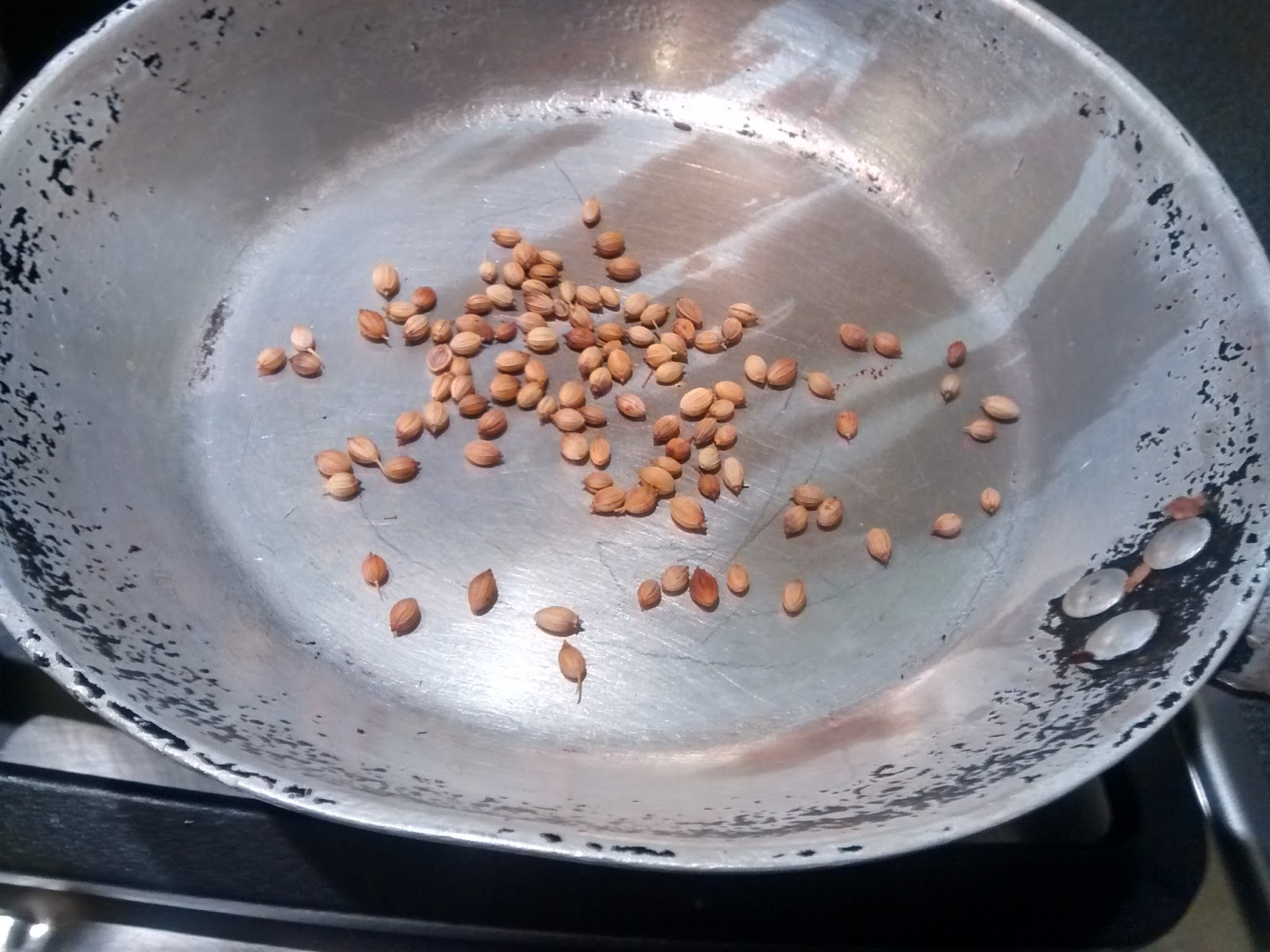 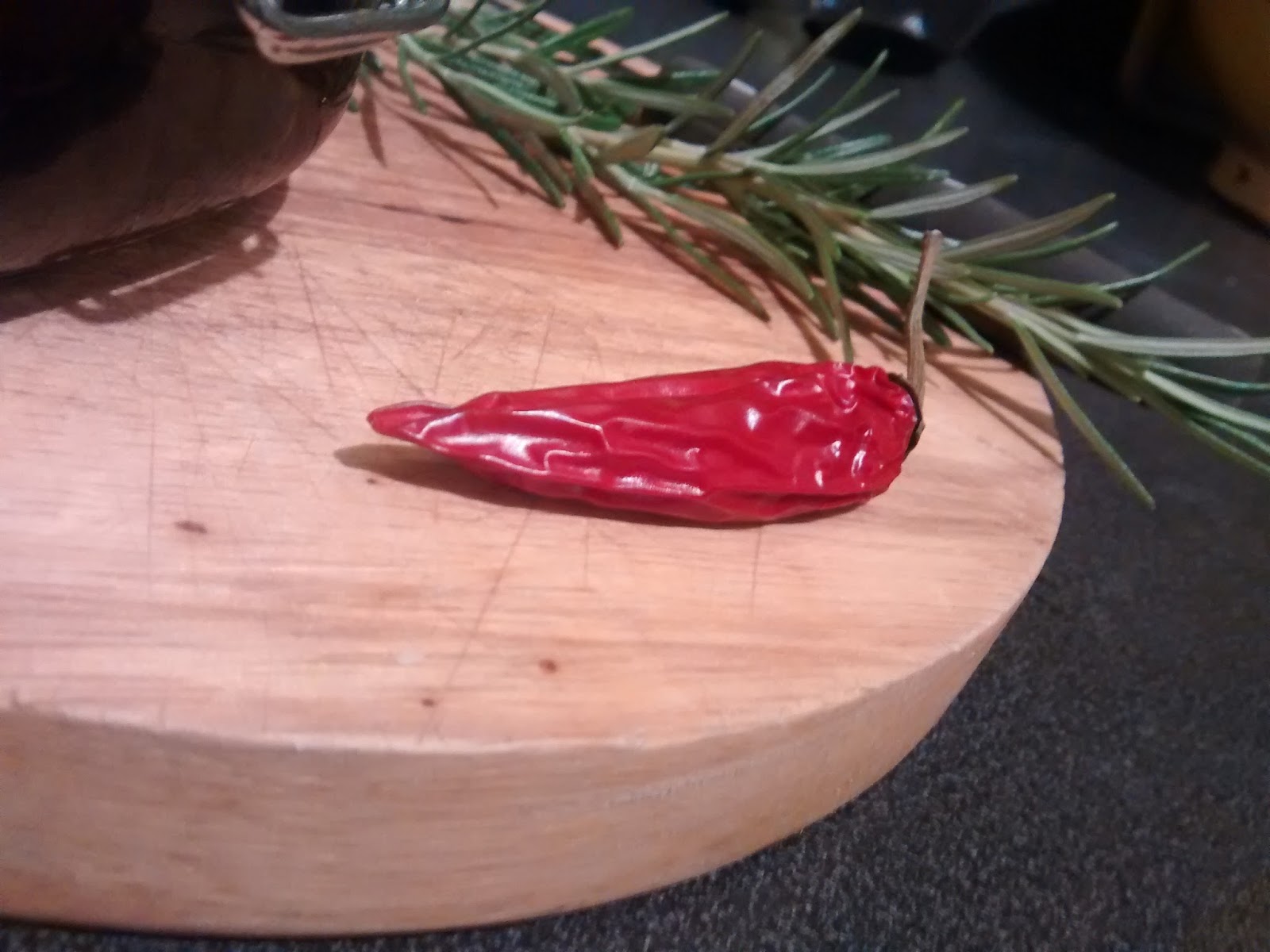 I found a chilli. It's quite dry - I had plans, when I bought a huge packet of them two months ago, to mince them all into oil or something, but never did. Happily, as they've been living in a brown paper bag on the side, they're just drying out well. As it's a bit dry, I cut it in half. I left the seeds in because I like hotness.

Everything in with the olives, and poked down below the oil level. (That's important otherwise things go mouldy and ruin everything.) The rosemary is like a wonderful sargasso sea, or a seaweed.

Putting stuff in olive oil: even a very sleepy Bear Of Very Little Brain can do it.

(Ideally they want a week to marinate, but if you steal some before the week's up, who's to know? It's your kitchen. Also, if you're buying olives specially to marinade, you can tip them all into the colander then use the same jar to marinate them in.)

I forgot about the olives for several weeks, which is the perfect way to leave them to marinade, and then ate them in salads over the next couple of months. Three months after making them, I finished off the last of the olives - so that means it's magic flavoured oil time. 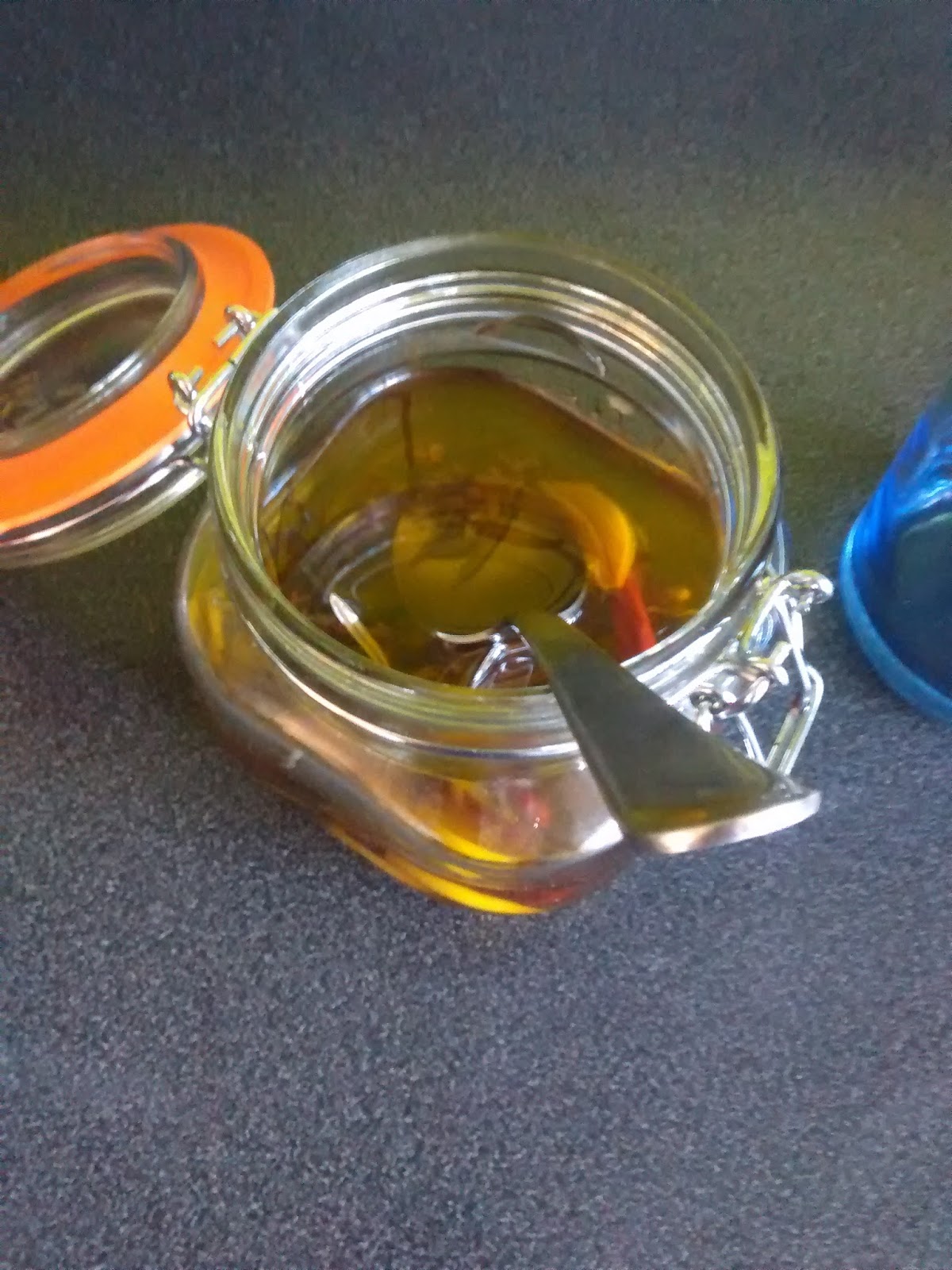 The oil will be flavoured with garlic, rosemary, chill, and coriander. Perfect! 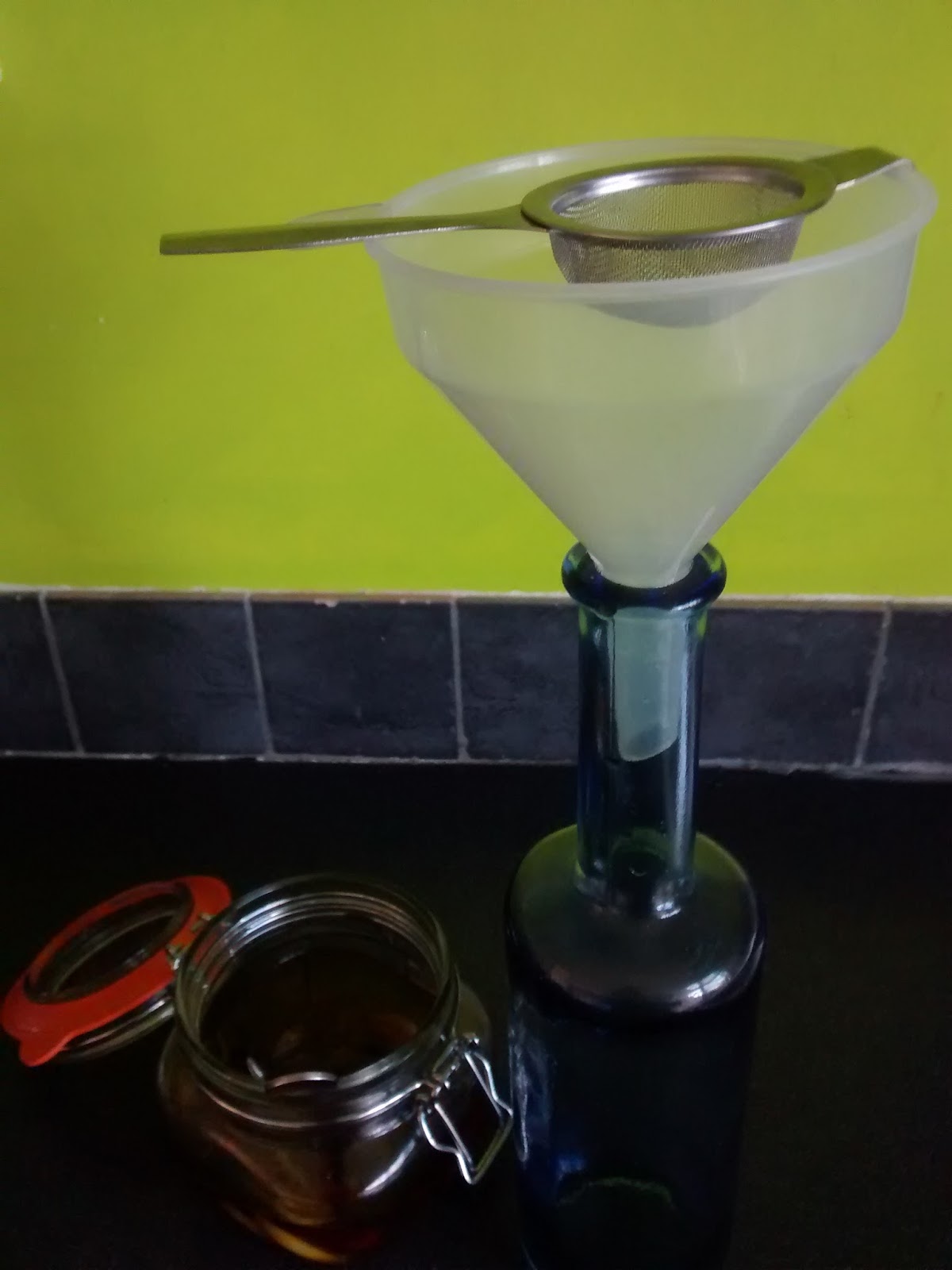 Ready to drain it into a (very very clean) bottle: funnel, tea strainer for bits, bottle. 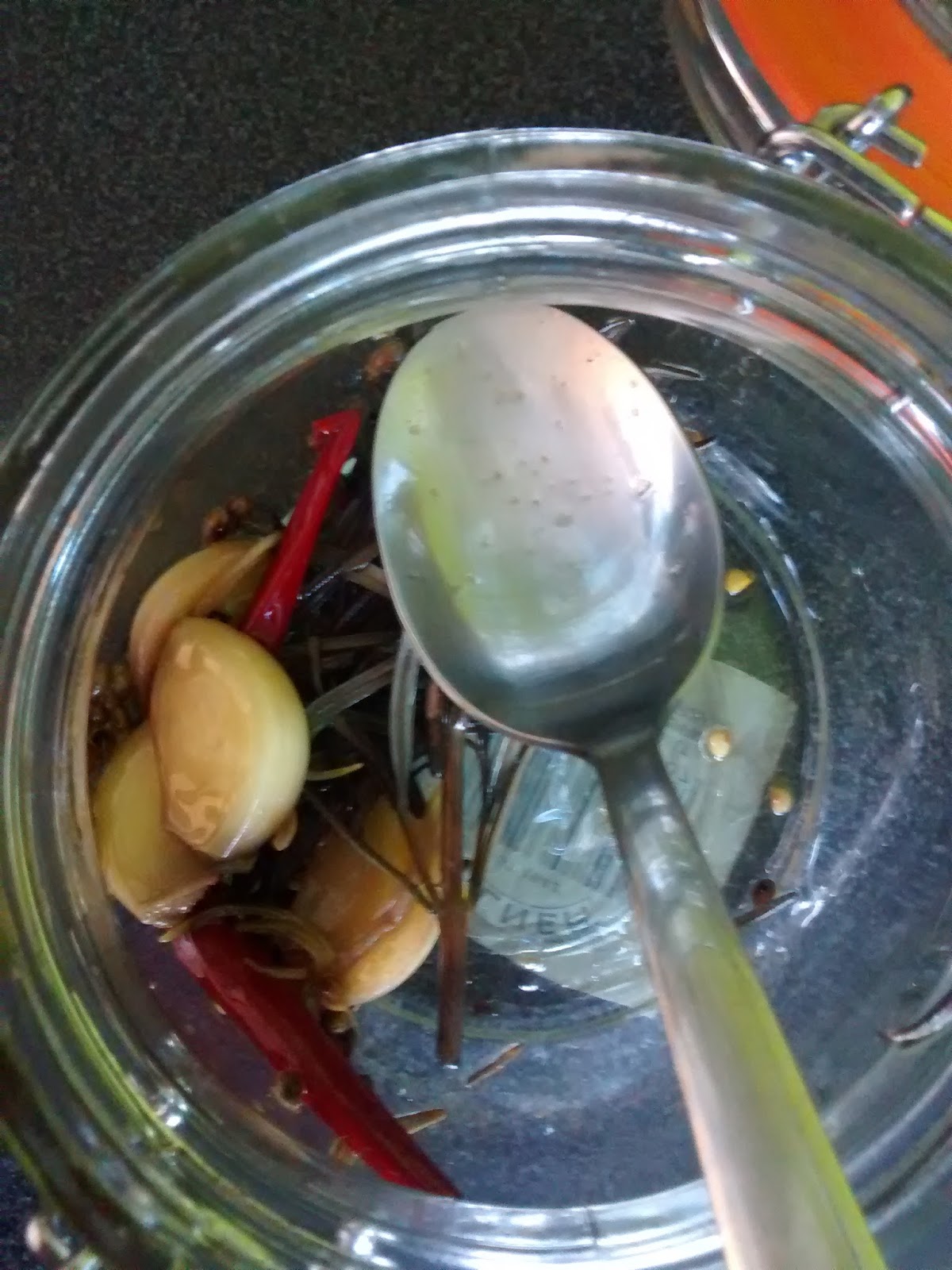 Most of the leftover bits can be chucked, but use the garlic for something - from the marinading, it's slightly mellower tasting, and has softened slightly. Mash it or crush it and toss tonight's veg in it. 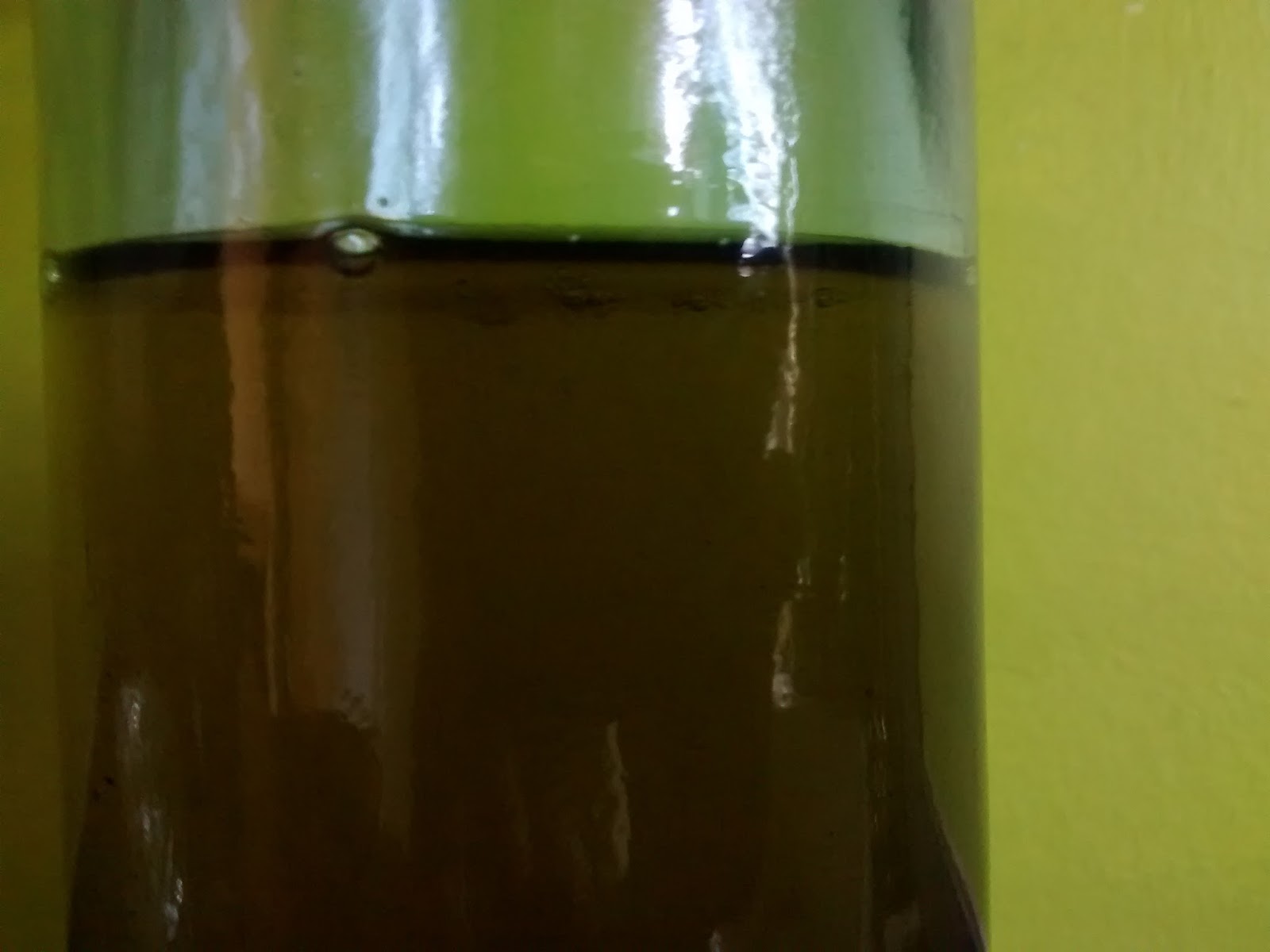 Voila! The flavoured oil of the future has arrived