My approach to cooking

I love cooking, as a joy and a hobby, and I like to keep it a joy and a hobby, not some dreadful daily chore.  And if I had anything so grandiose as a cooking "signature style", it would probably be "farmhouse chic", though "chic" might be stretching it. But tasty as hell, yes.

I lean towards economy, though I will upend an entire bottle of (cheap) wine into a bolognese or a stew and I'll never hold back on olive oil. I pride myself on being able to make something out of nothing and cook five more main meals after the fridge has been declared officially empty.

I love spices, buy them whole in bulk, decant them into jars (and store the rest of the massive packets safely away from sun), and my spice drawer is my pride and joy. I discovered very early on in the continual penury of studenthood that a good outlay on spices at the start means you can eat like royalty for a long time. 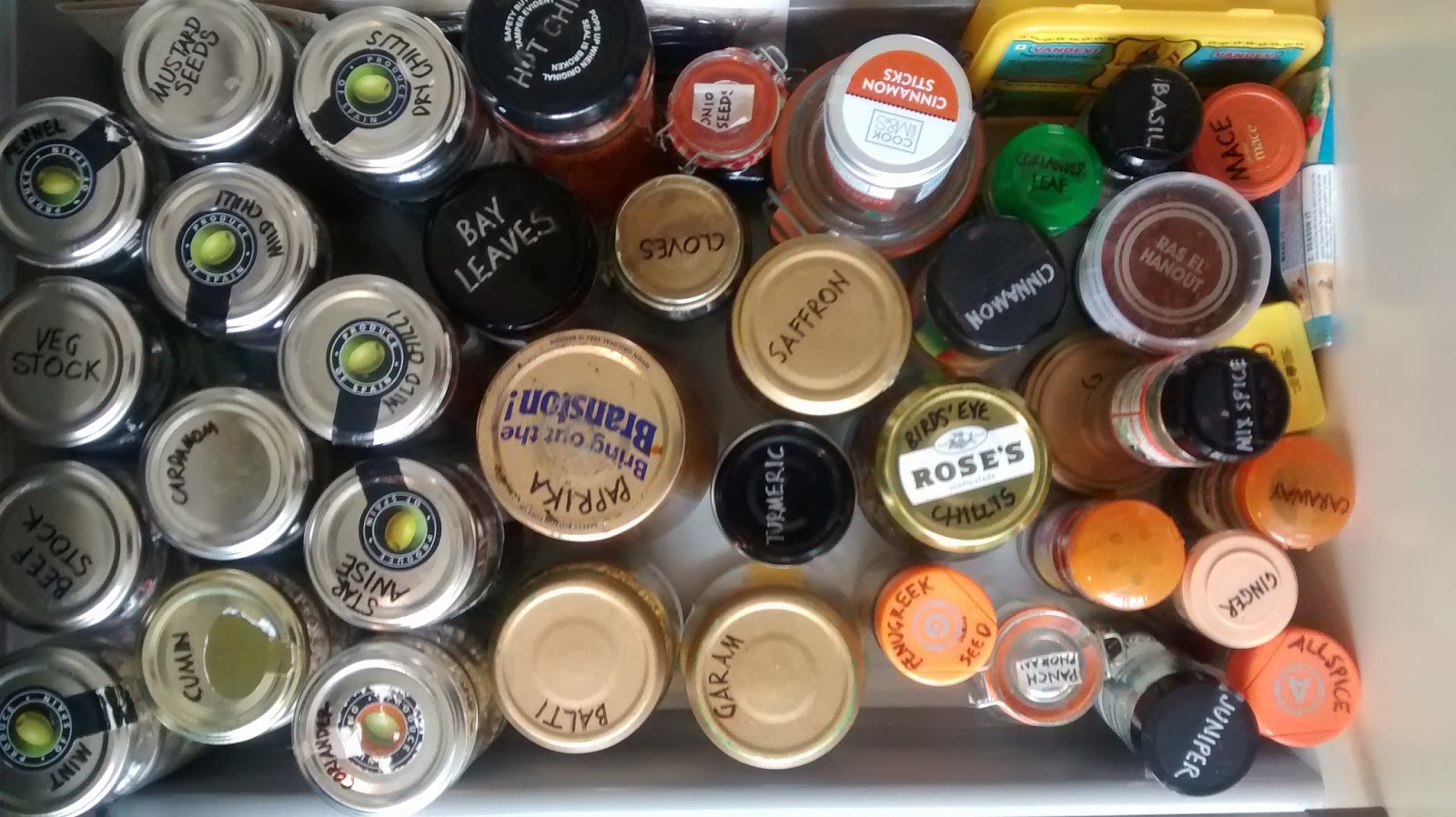 I love cooking for other people. When I was that penurious student, one of my greatest joys was my brother and his friends rocking up on my doorstep with a bagful of groceries and a box of wine. ("We're hungry," the friends would say. "Let's go to my sister's!" my brother would say. And they would arrive, and I would open the bags while someone poured me chef-wine, and I would make an enormous meal, and everyone would be happy.) I like meals where if extra people arrive, it's no stress, you just chuck in a bit more of this and that, everyone's welcome, feed everyone. Home-cooked food expands easily. If someone is hungry, feed them.

I love cooking from scratch. I was bewildered and hysterical, when I arrived in the UK, to discover that one could buy such things as white sauce (in jars!) - which is really just milk, butter, flour. Buy white sauce?! And fried onions! In jars! Instructions on jar: melt butter, add onions, stir. (That is how you fry onions. The original kind.) I love cooking from scratch to the point that I make my own spice mixes from whole spices. And cooking from scratch is cheaper (back to economising) - except for the time, which does matter, and the physical ability, which also matters, which is back to cooking not being a dreadful daily chore.

You don't need to cook every day. Seriously. Even if you're a family of seven, even if you're one person on your own. I freeze, and freeze, and freeze. Increasingly, I plan my cooking and repertoire around what will freeze well as-is and what will produce a meal-cascade, frozen or not. (Meal cascade: a vat of bolognese can become, variously, plain spag bol, lasagne, quick-n-dirty Balti keema, chilli con carne, the chilli con carne in its turn becomes tortilla filling... Meal cascade: Hot curry becomes a coconut & lentil curry becomes a lentil bake becomes cold lentil bake with salad.) Most of my cascades use the freezer, now; some, dating back from when we only had an ice-box, don't.

Part of the reason is that my cooking-quantity default is set to "army" and I've never quite managed to scale that down. Part is that I like to keep cooking a joy and a hobby, so if I cook in bulk, I only have to cook when I feel like it and have the time - for the rest of the time, there's a freezer full of homemade readymeals. Part was briefly returning to singledom: with my best efforts, I couldn't scale back my cooking, and I realised a) how damn little I actually eat, and b) cooking for one just isn't possible with most dishes. So just cook for six, eat one, bank five. If you do that for six days straight, you have a month's worth of food in the freezer. I actually have a more cunning and sophisticated algorithm / technique for this, which doesn't involve six days of binge cooking, and keeps the variety more mixed up - I created it for a friend, and will honour it with its own blog post. I'll also honour Principles of Freezing with its own blog post. Part of it is that you can give people readymade food, when they need it - when they're ill, when they have new babies, when they're too shaken up by life to cook. And finally, part of the reason is my own illness. I have endometriosis, so I have times when my ability to do stuff rotates on a monthly cycle. On the good days, I can cook for the bad days when putting something in the oven is an achievement to be cheered. So if your health is unreliable, or you're caring for someone else, this approach is a winner.

And finally - I love sharing. Sharing ideas, sharing whatever I'm doing, sharing actual food, sharing recipes, sharing some cool trick I just worked out, sharing a new system that suddenly makes everything easier, sharing the new spice mixes I just made... I started taking photographs of things I was cooking and posting them in Facebook albums, as a way of sharing whatever fun thing I was doing, for my own sake, mostly. I got embarrassed about it and mocked it as "Megan cooks and overshares". But I also started photographing simpler dishes, for friends who weren't taught to cook at home and didn't spend swathes of their childhood sitting on the kitchen counter chatting to Mum and co-incidentally witnessing dozens of techniques and orders-of-cooking.  "It's like computers," I explained to one friend, who was frustrated by his own ignorance. "If you just grow up doing it, like we did, then it's simple and easy, but actually there are all these little things you learnt along the way. And if you didn't, it feels like there's so much to learn, and you're just expected to know, and no-one's teaching you." No-one should be left out. Cooking is a joy.