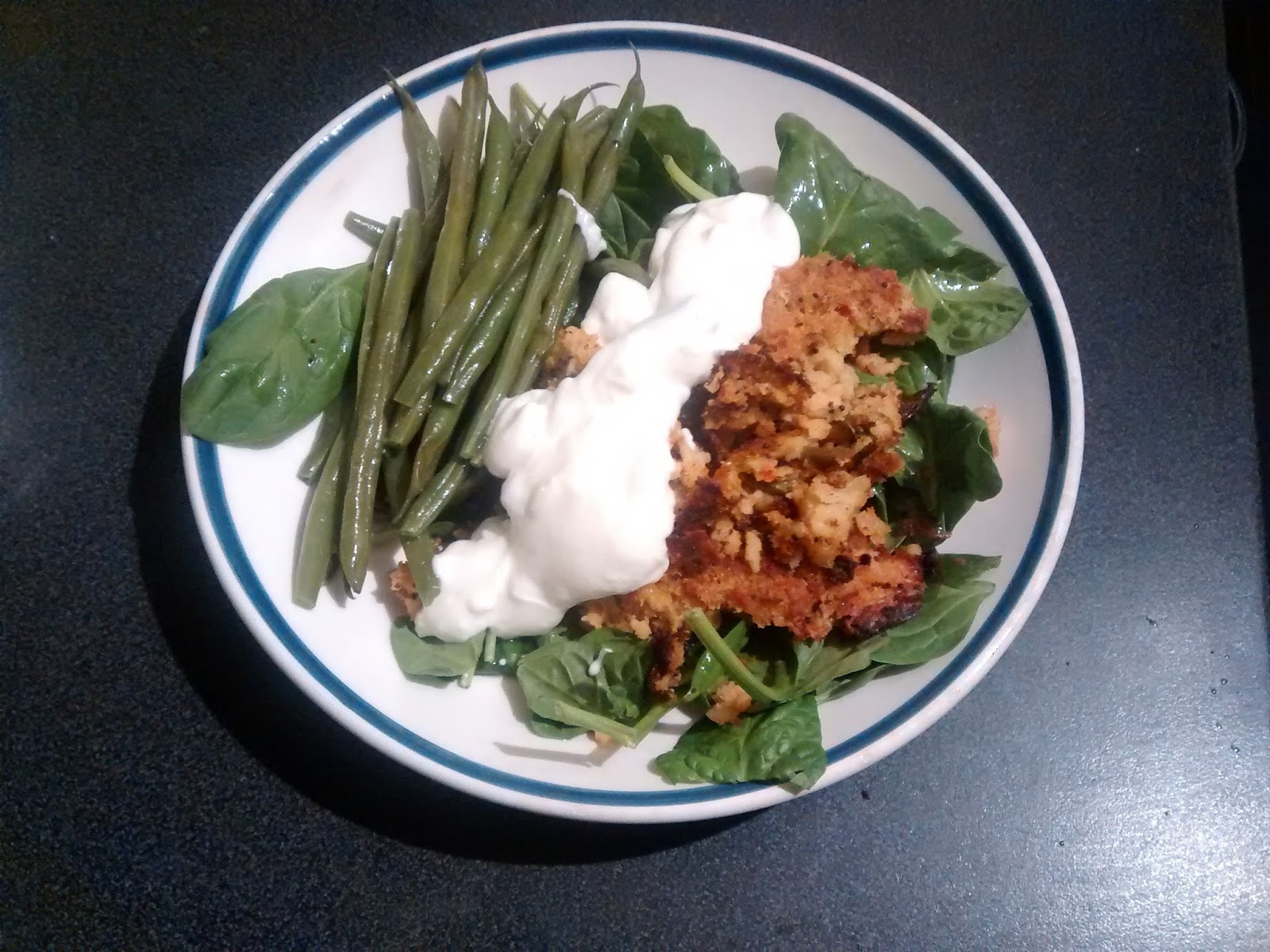 This assumes you've already made a lovely generous kedgeree, and have just defrosted (or pulled out the fridge) about 600ml of it. You're going to mix it up with cheese and egg, pop it in the oven to bake at 180 degrees, and serve it on baby spinach with a good dollop of yoghurt and some veg on the side. This serves between 2 and 4, depending on how hungry you are. Anything left over will reheat very nicely the next day and it's also tasty cold, so will do beautifully for lunch. 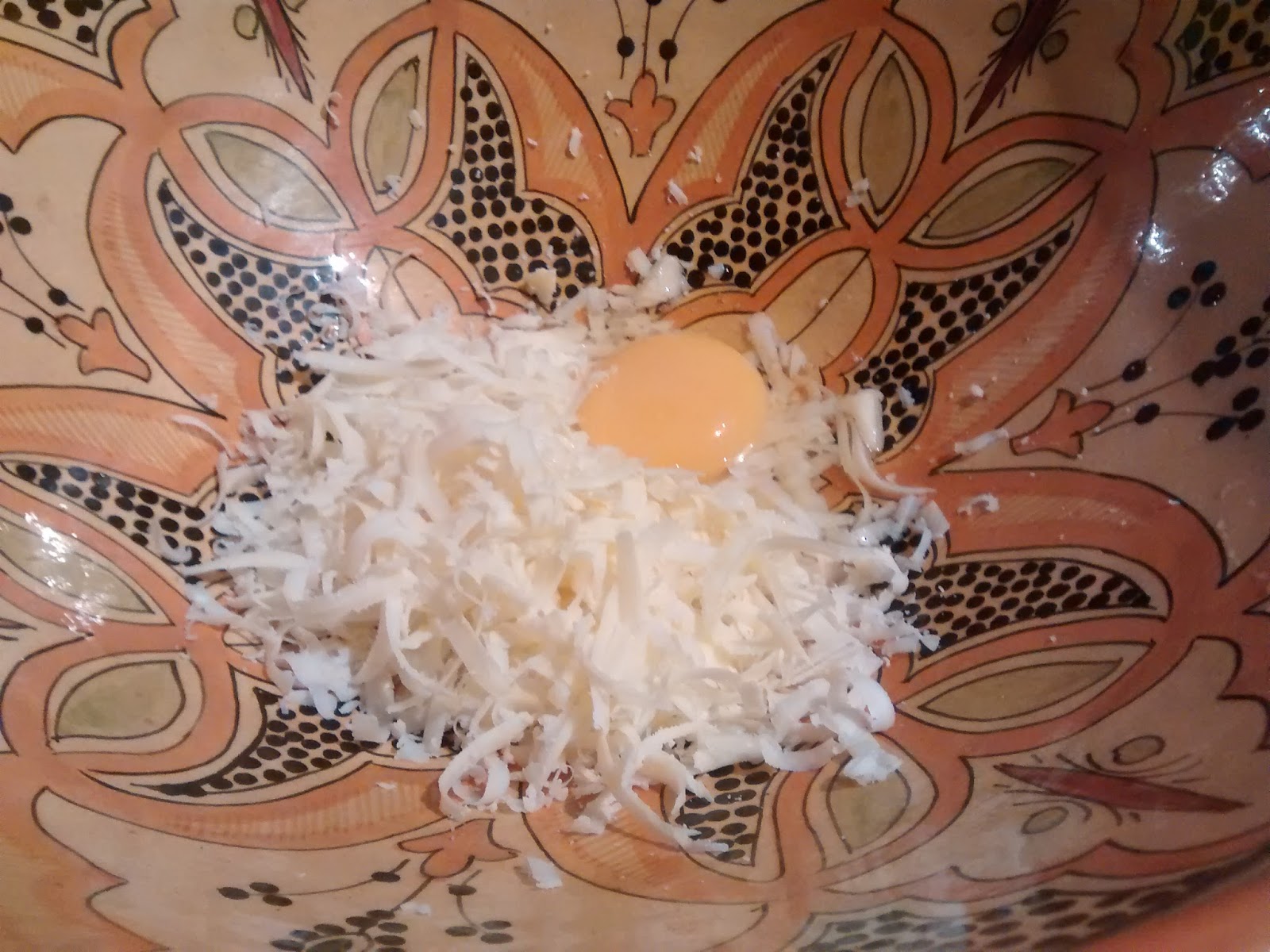 Put the oven onto 180 degrees to heat. Mix about half a cup to a cup of grated cheese with a raw egg in a nice big bowl. (This bowl is both very nice and very big.) 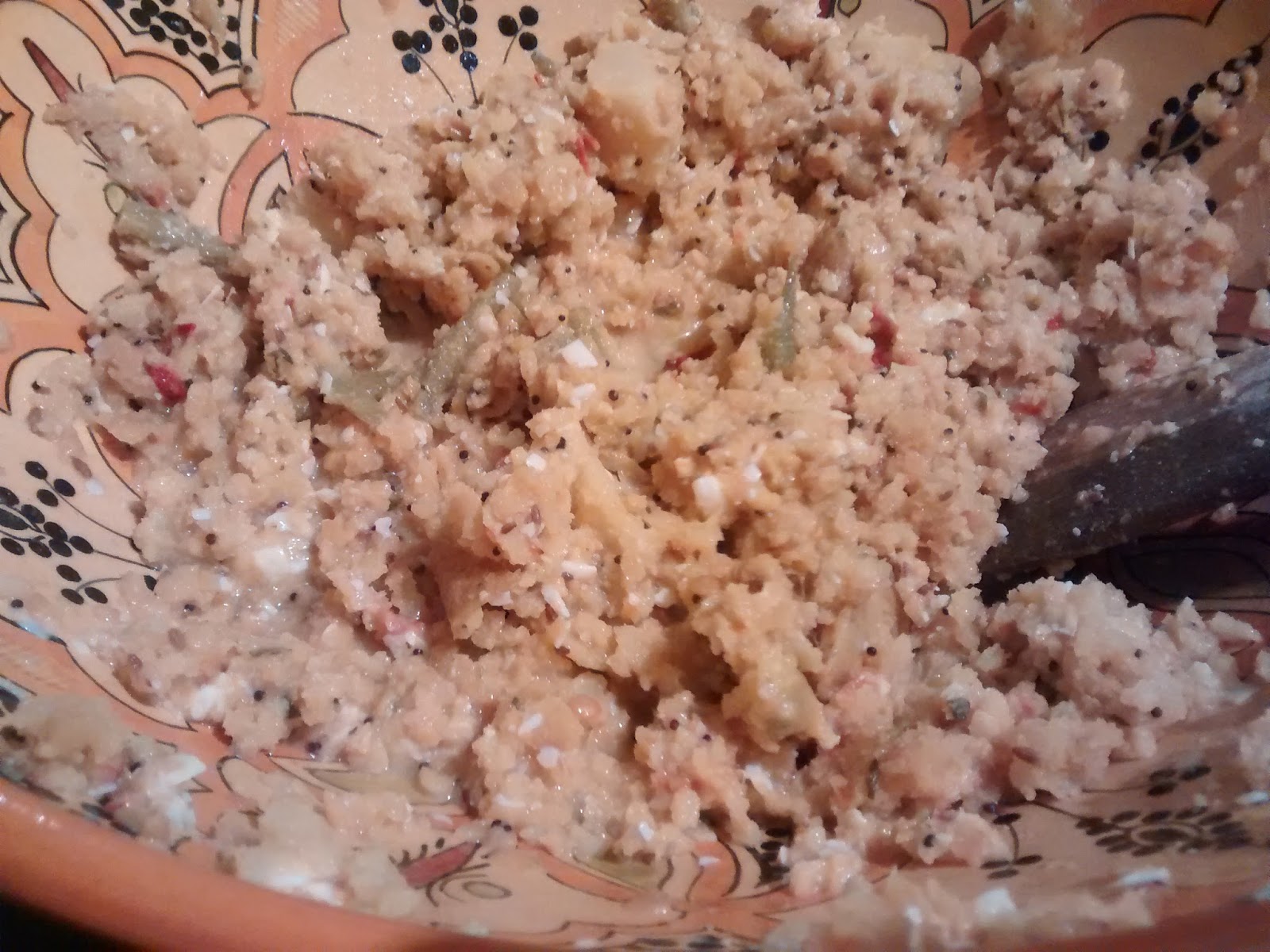 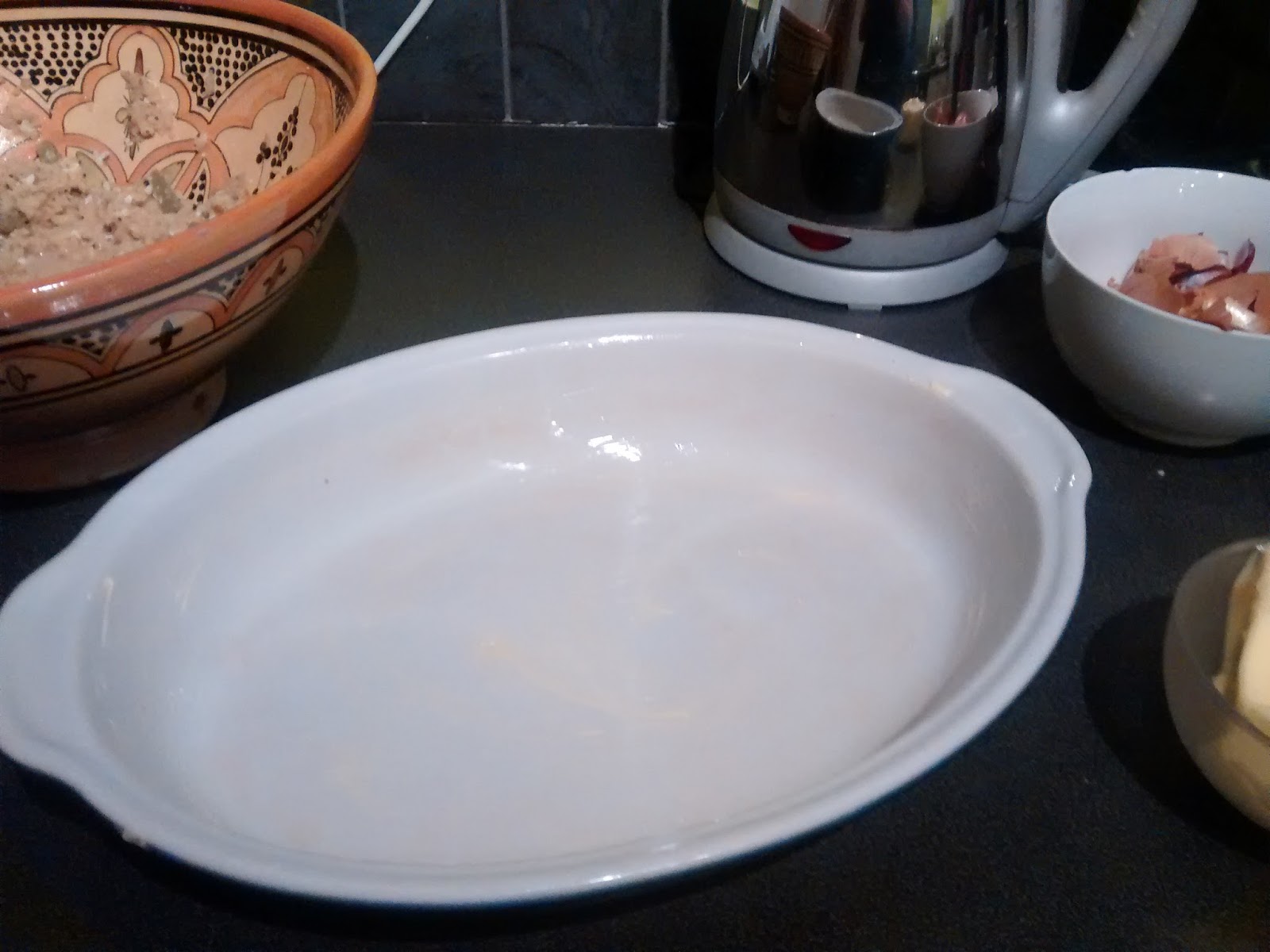 Lavishly butter a casserole dish - this one is quite big, I debated the merits of the smaller higher glass bowl, but the whole point of the bake is to get lovely crispy bits, and you get more crispy bits when it's spread thinly. This will be about an inch deep, if even that. 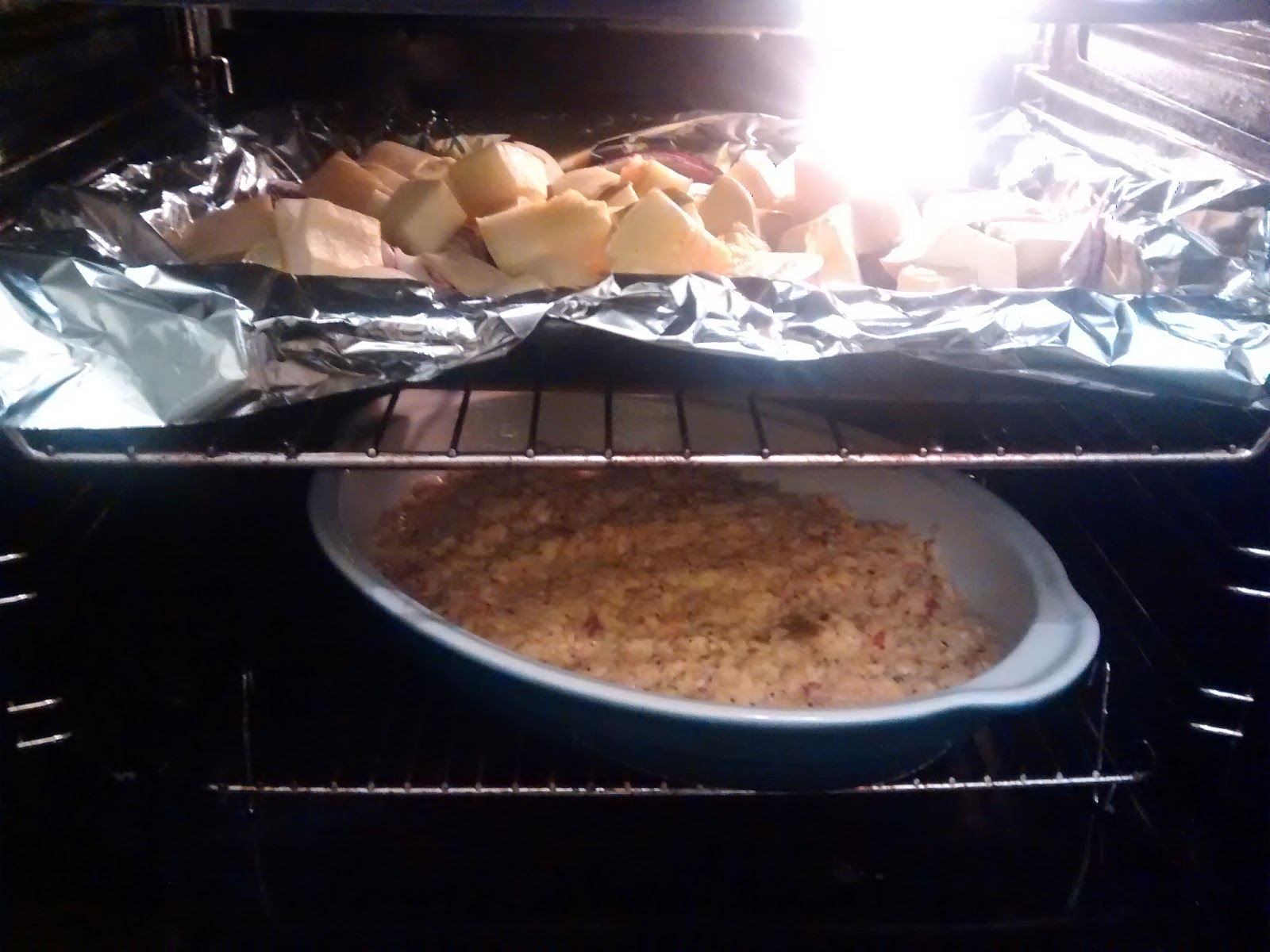 When the oven's ready, pop it in... I'm roasting some more squash and some onions at the same time, to fix the butternut & apple soup.  (I didn't do the apple test. So it is too sweet. But this will fix it.) The bake takes about 45 minutes - I usually give it an hour, because I really like a crispy top, and sometimes baste it midway through. 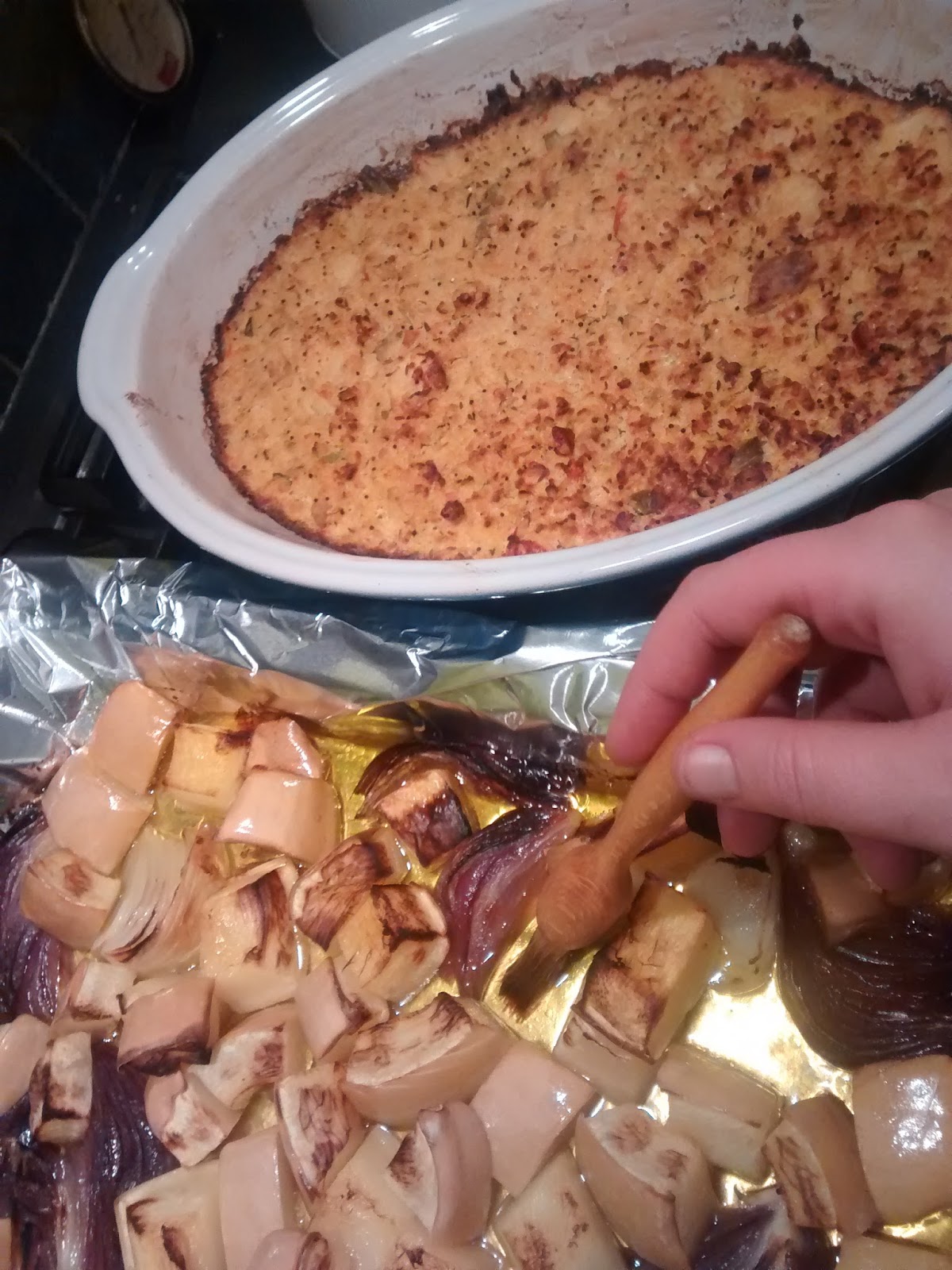 After half an hour, I'm checking the roasting squash & onion, and stealing their oil to baste the bake. 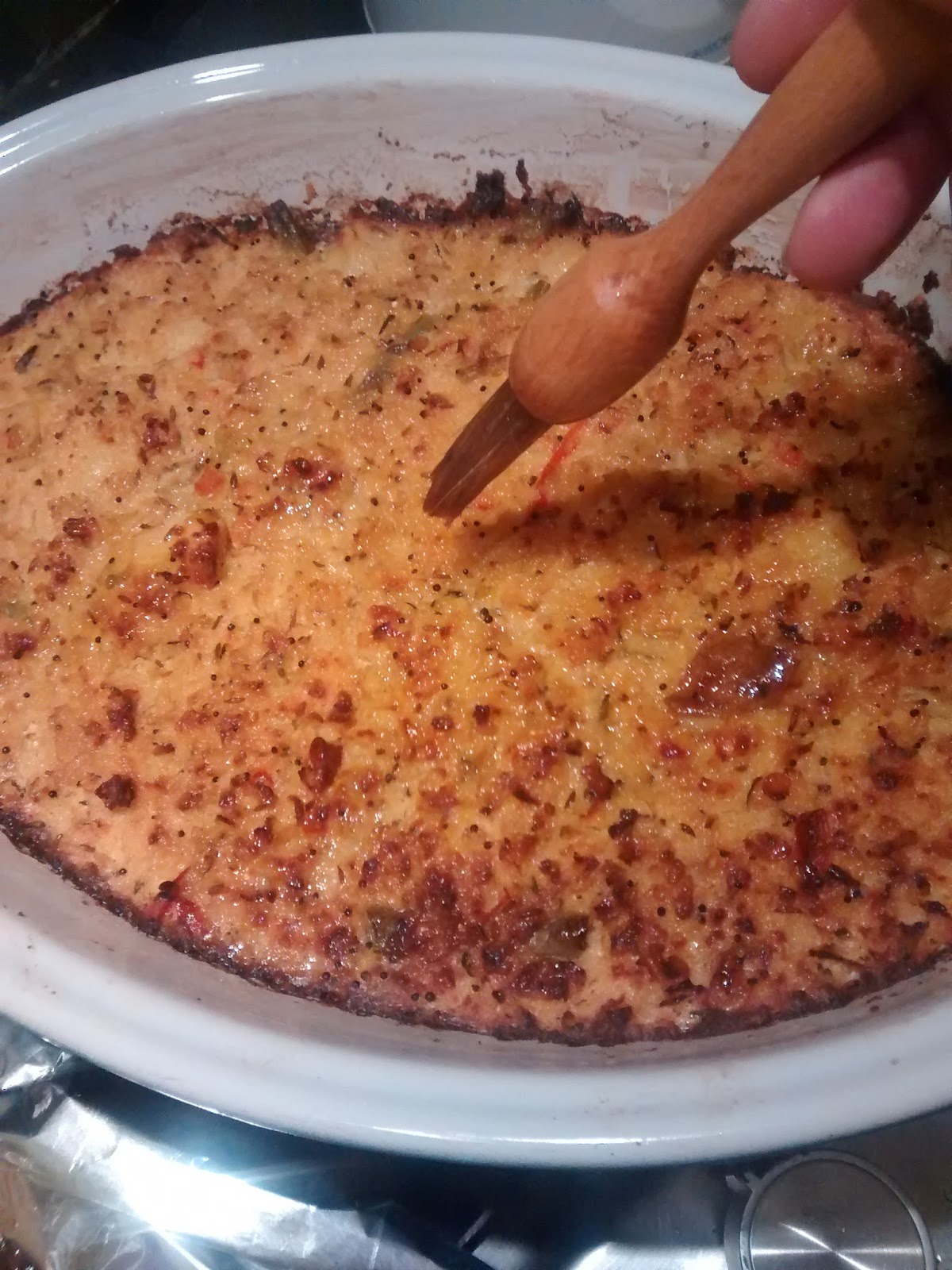 Dab oil over it, watch it sink in, and consider preparing some green veg to go with it. Dwarf beans? You may be realising by now that I really, really like dwarf beans.

Serve it on the spinach, with a trail of yoghurt, and the buttery salty beans nestling up to it all friendly and hot. CRISPY BITS!

P.S. This is bulking out a frozen-for-one kedgeree to serve two for a kedgree bake, with an extra egg, some extra cheese, and a pour of frozen peas (about a cup or just under, but that's a guess): 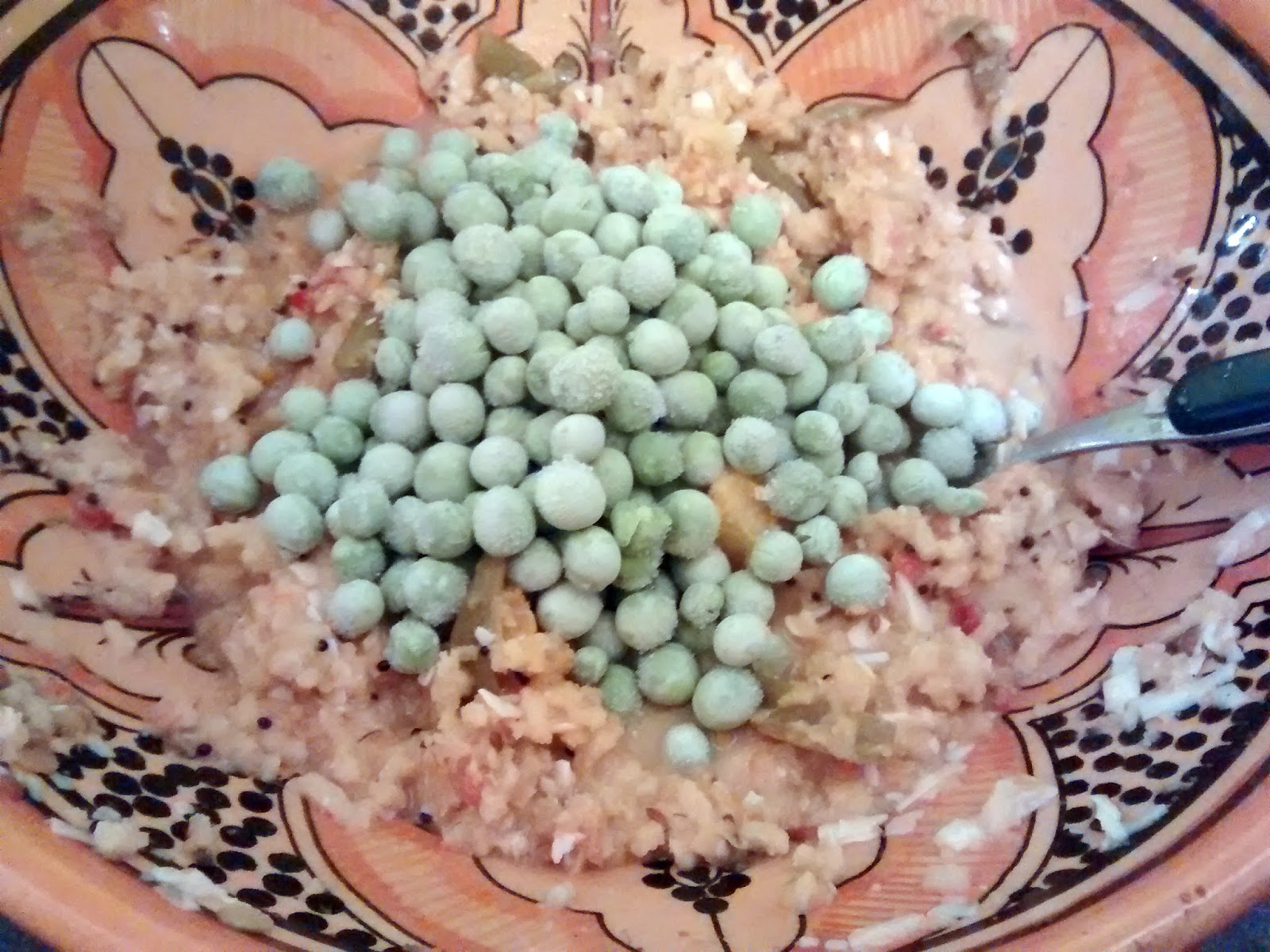 Mixing it all up in the small Moroccan bowl Decided to still bake it in the wide blue dish (the blue is underneath), because CRISPY BITS. It's all about the crispy bits. And if you're wheat-free, you know the importance of crispy bits.

Email ThisBlogThis!Share to TwitterShare to FacebookShare to Pinterest
Labels: cooking for one, main meal, vegetarian, wheat-free