Curry is its best when you have lots of different dishes - I usually try to have at least the main curry, two sides, and perfect rice: 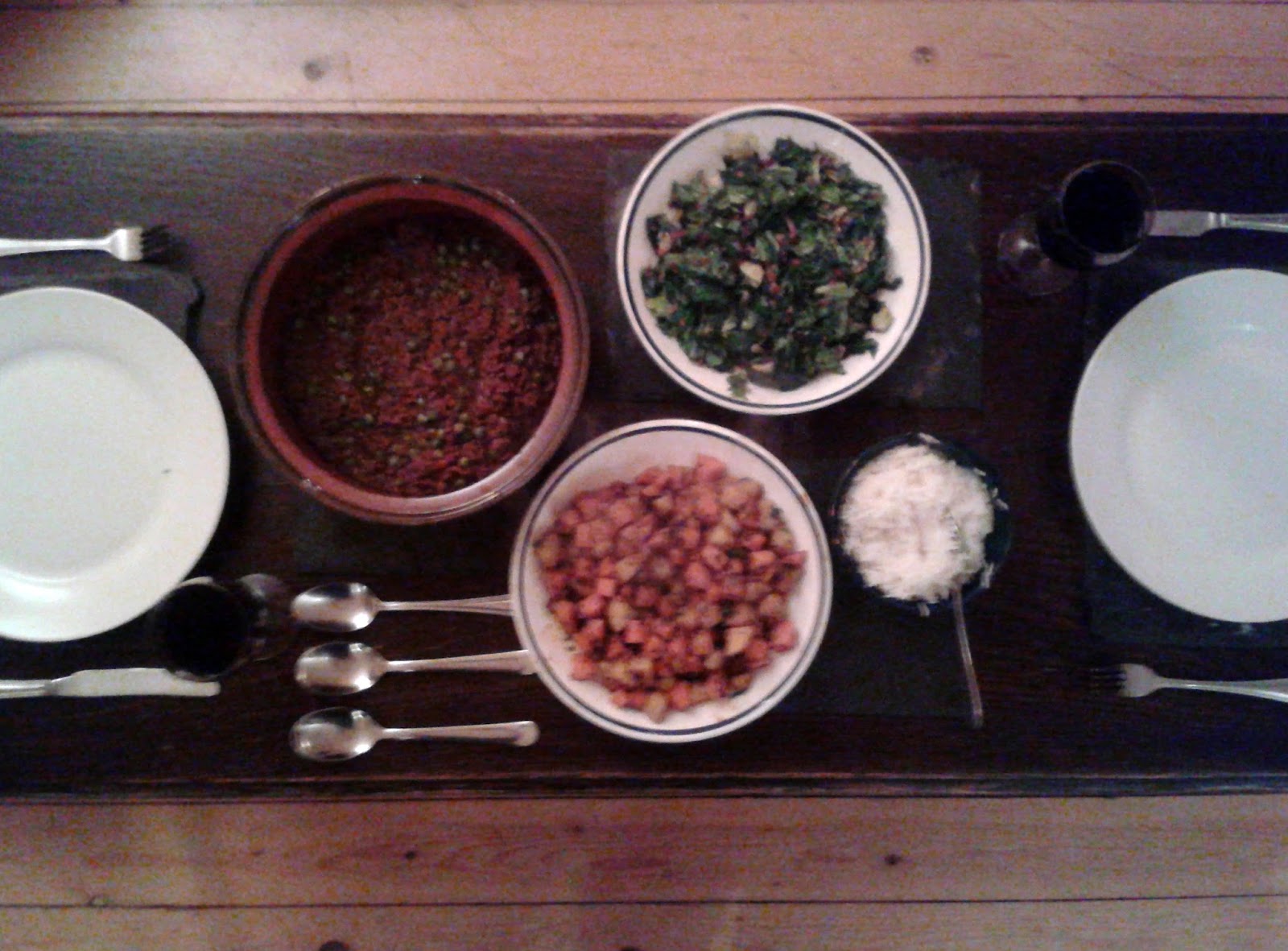 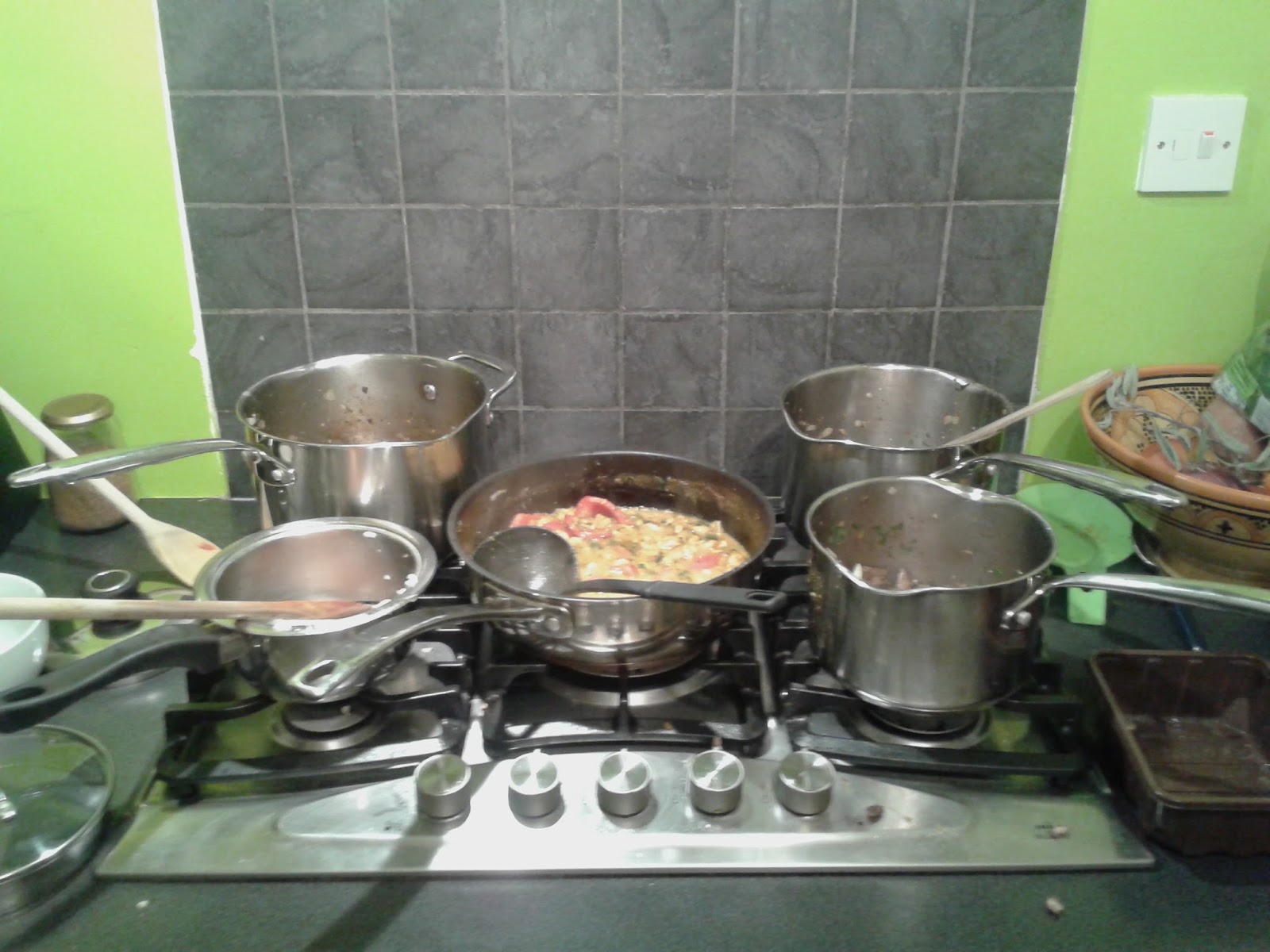 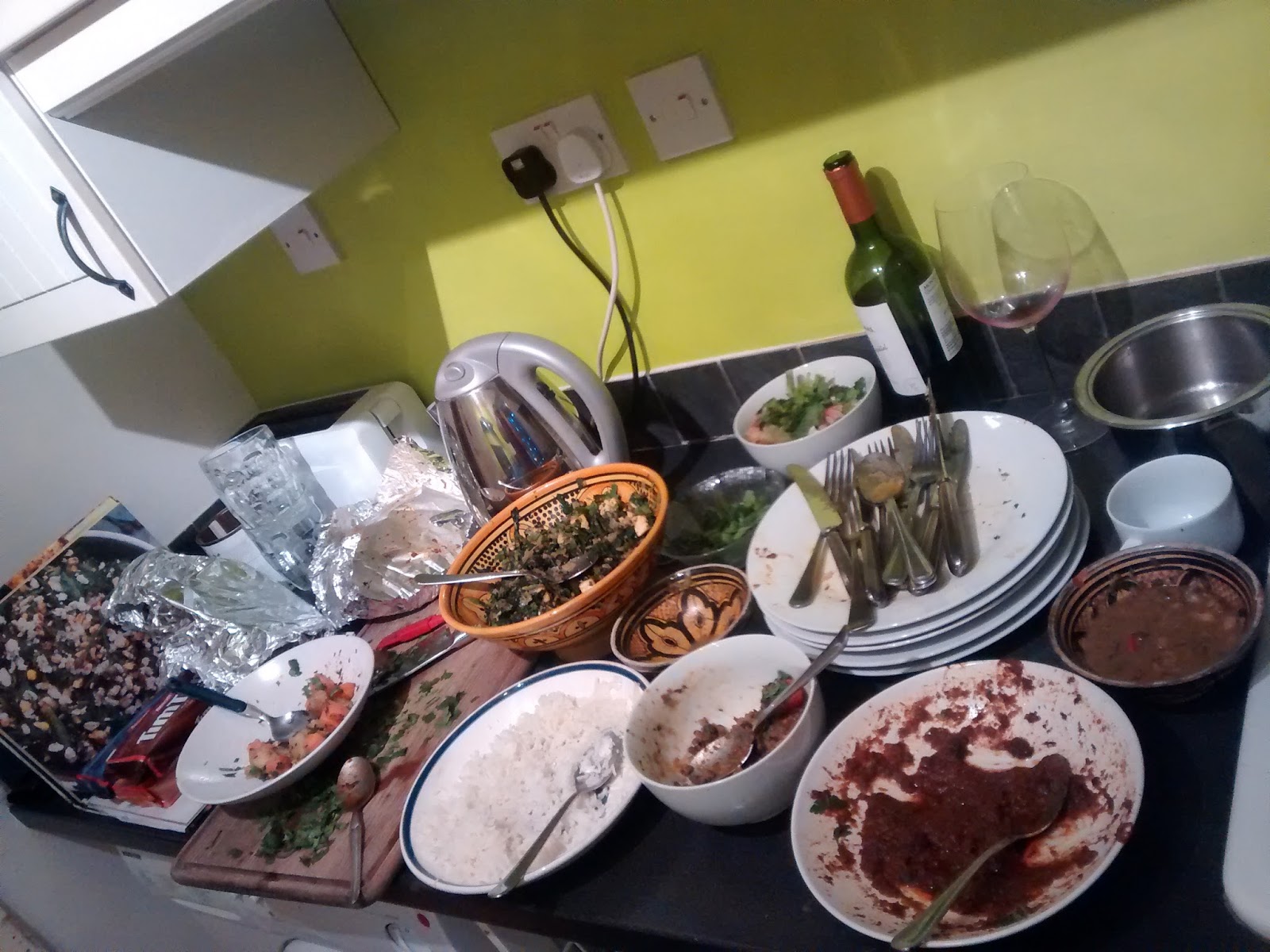 If you want to spend the entire day chopping, cooking, and washing up after yourself (and sometimes I do), making a curry fest is an excellent way to do that. But you can equally have a complete curry fest every time you have curry, and only ever make one dish and the rice - with the magical curry cascade!

Principle:
Note: you'll need at least 14 250ml tupperwares for this - which is why it's so handy to buy the little cheap ones! You'll also need a freezer or icebox - you can actually get 14 little tupperwares in an icebox, because they stack so well. So here's the meal plan (I'm assuming these aren't subsequent meals, otherwise you'd get sick of even the finest curry). This is based on two people, adjust yours to your household. 250ml of each dish doesn't look like enough for two, but trust me, it easily is. I'll whisk through the first five meals... 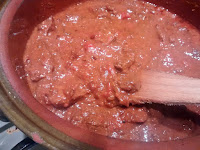 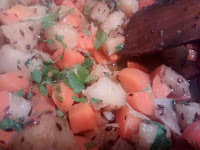 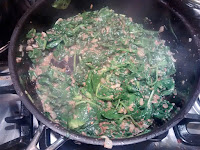 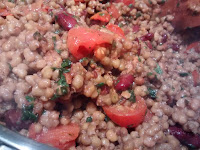 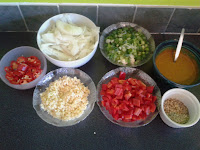 ... and so on. Obviously you can mix it up however you want and I tend to make fresh sag or sag paneer most times, but occasionally I'll freeze some sag paneer for another time. The freezer's constantly stuffed with little curries and anytime you feel like curry, you only need to make one dish, if that.

To reheat the defrosted curry, put the oven on a low heat (about 120-140 degrees), put them all in pretty little bowls, and for added Clever, put the bowls on an oven tray so they're not all precariously balanced on the wires. (It's also easier to take them all out without burning yourself, that way.) They'll heat through in about half an hour. 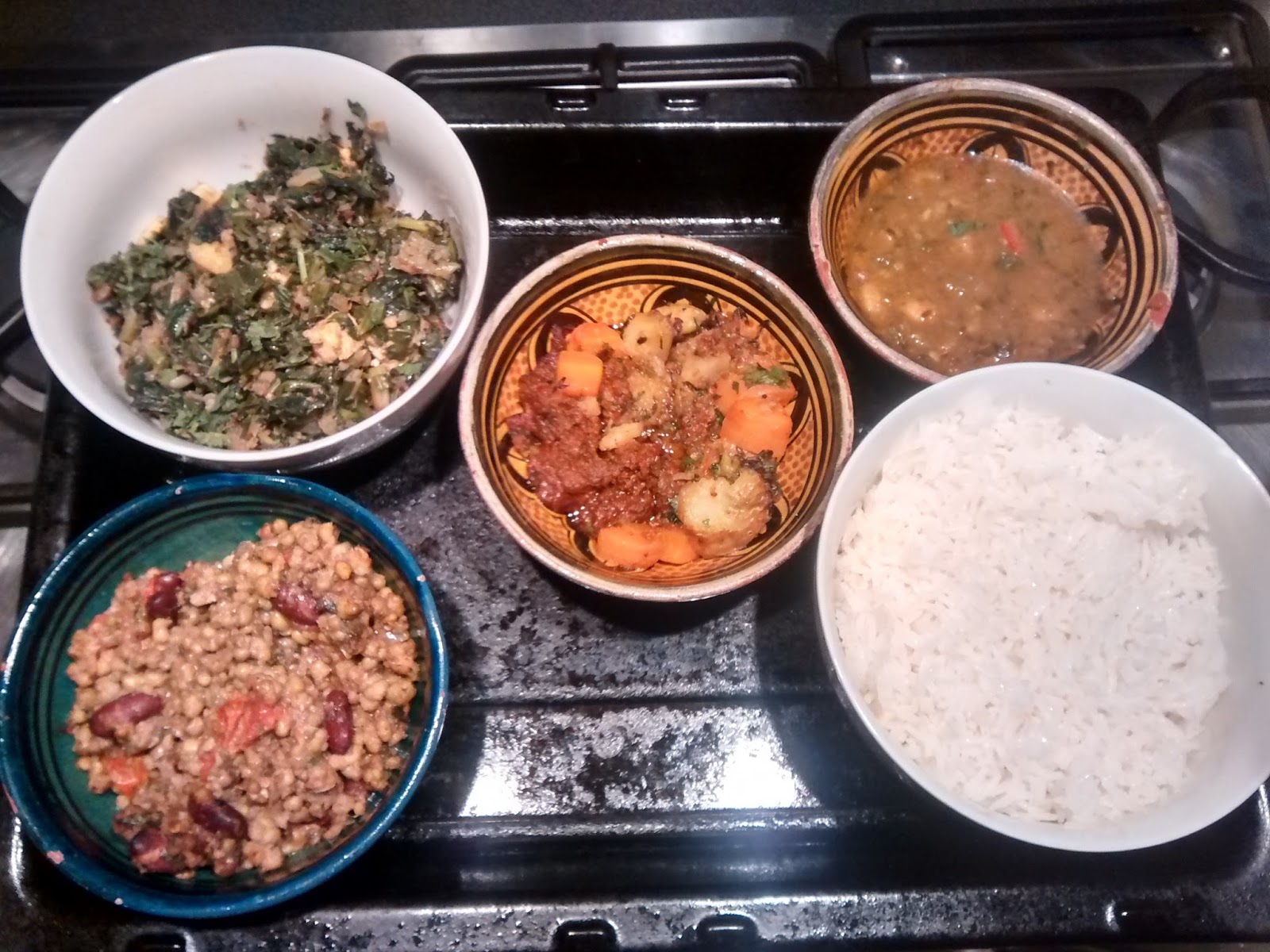 This is actually post-curry fest leftovers, so that's palak paneer, prawn jalfrezi, remnants of aloo gajjar mixed with a scraping of madras sauce, a moong dahl, and rice.

And then you can cook one dish or just rice and eat like this: 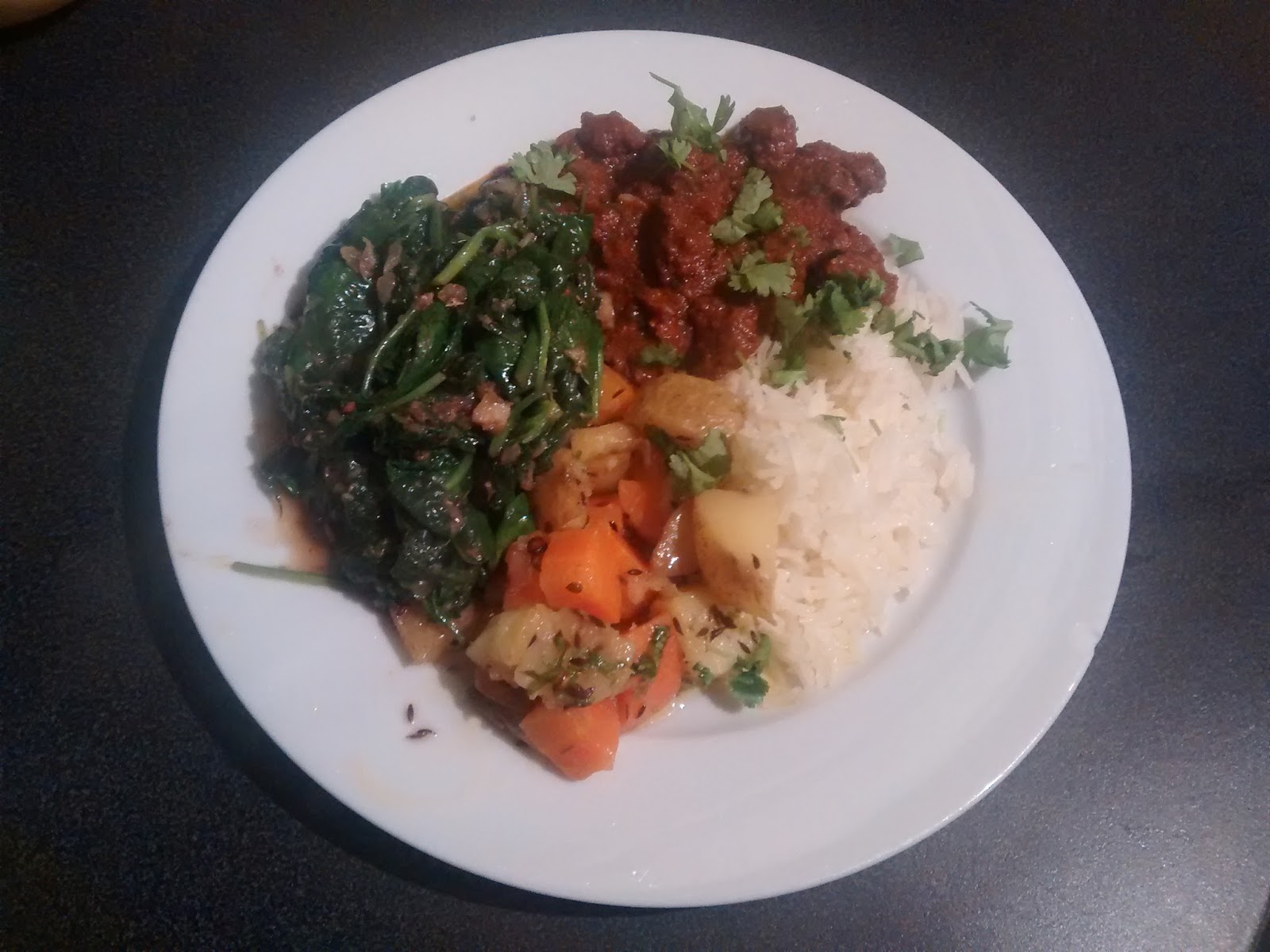 The curry recipes will follow in due course - several of them are from The Balti Bible, so tempting as it is to overshare the entire book, I'll restrict myself to just a few, and strongly recommend that you buy the book. (Ingredients aren't copyright, just the wording of the method is, but still, it's the principle of the thing. It's a great book and if you like curry you should buy it. Or tell someone; it's almost Christmas after all!) [UPDATE: The essential recipes are up!]
Posted by Megan Kerr at 08:46