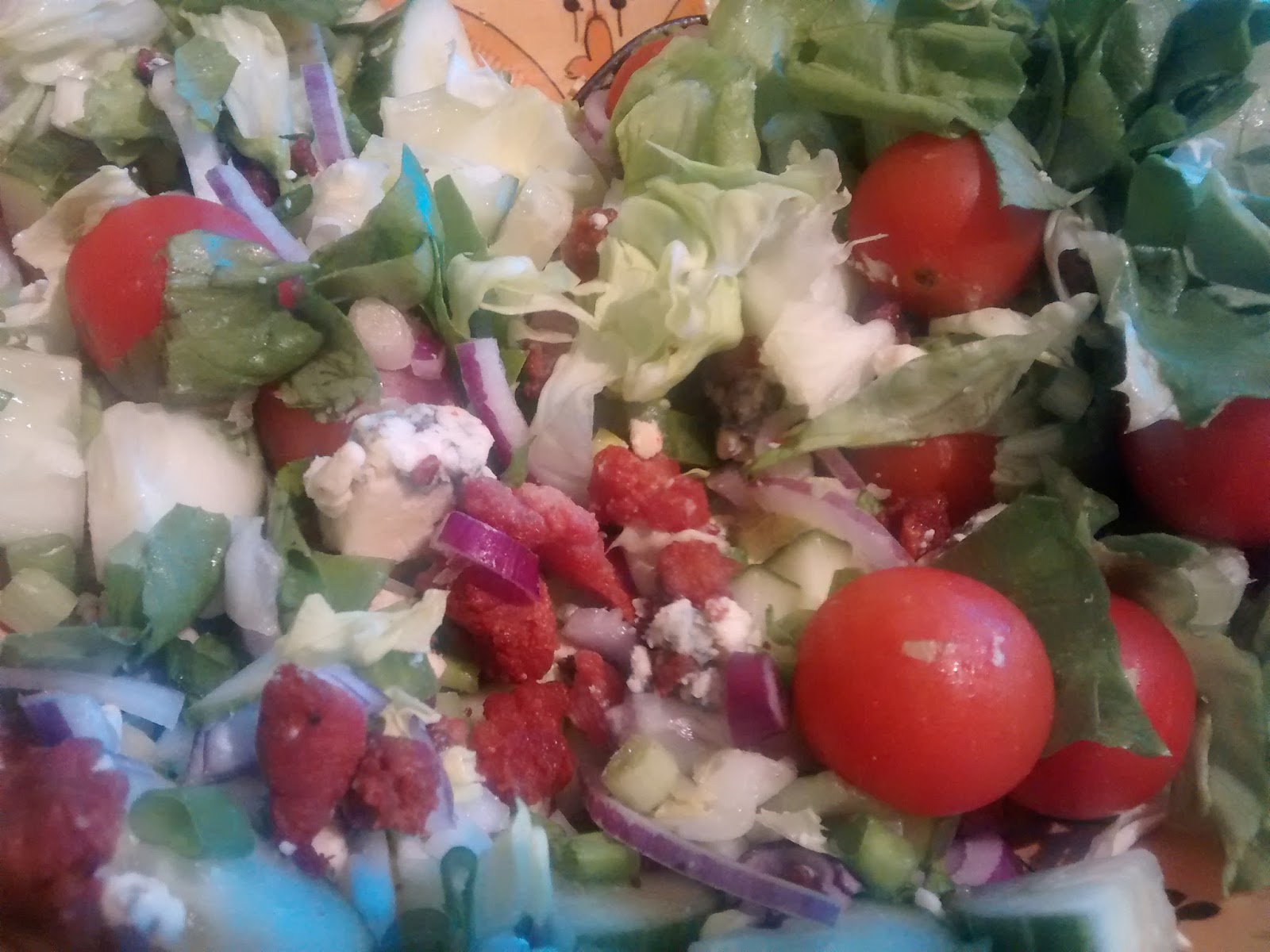 One of my favourite lunches (and in the cooking-for-one week 2), and as always I'll make a big 'un and then it'll live happily in the fridge for a few days, sealed tight, and for a few days running I'll have fantastically yummy effort-free lunch. This version uses both red onion and spring onions - you can miss out one of them, but you need some onion factor to cut through the bacon and blue cheese. 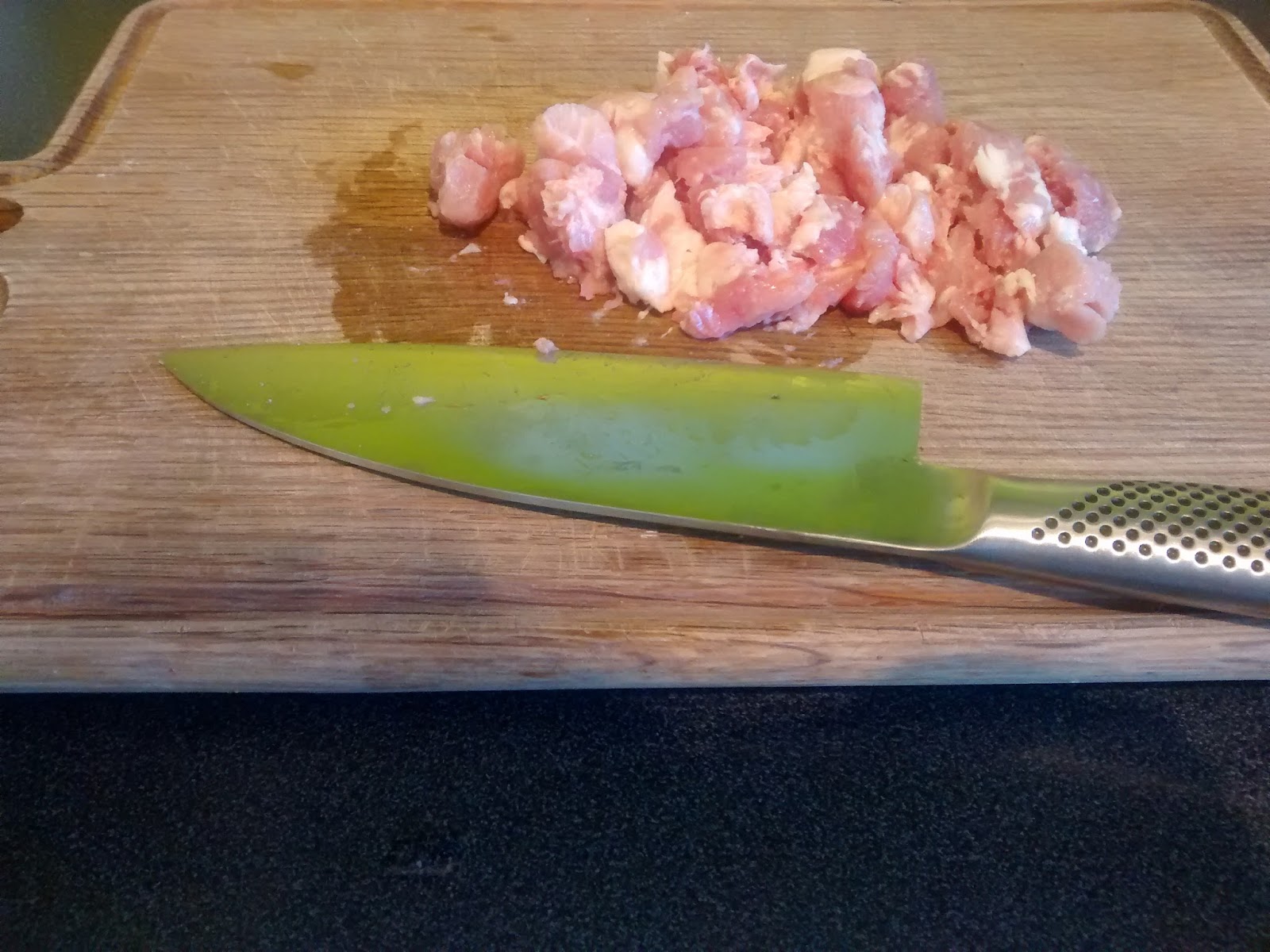 Get the bacon on first! I did this before even cleaning the kitchen or photographing the other ingredients. Cooking bacon is a lucky dip: sometimes it's loose flakes like this; sometimes it's thick chunks almost like gammon. Whatever it is, chop it up. 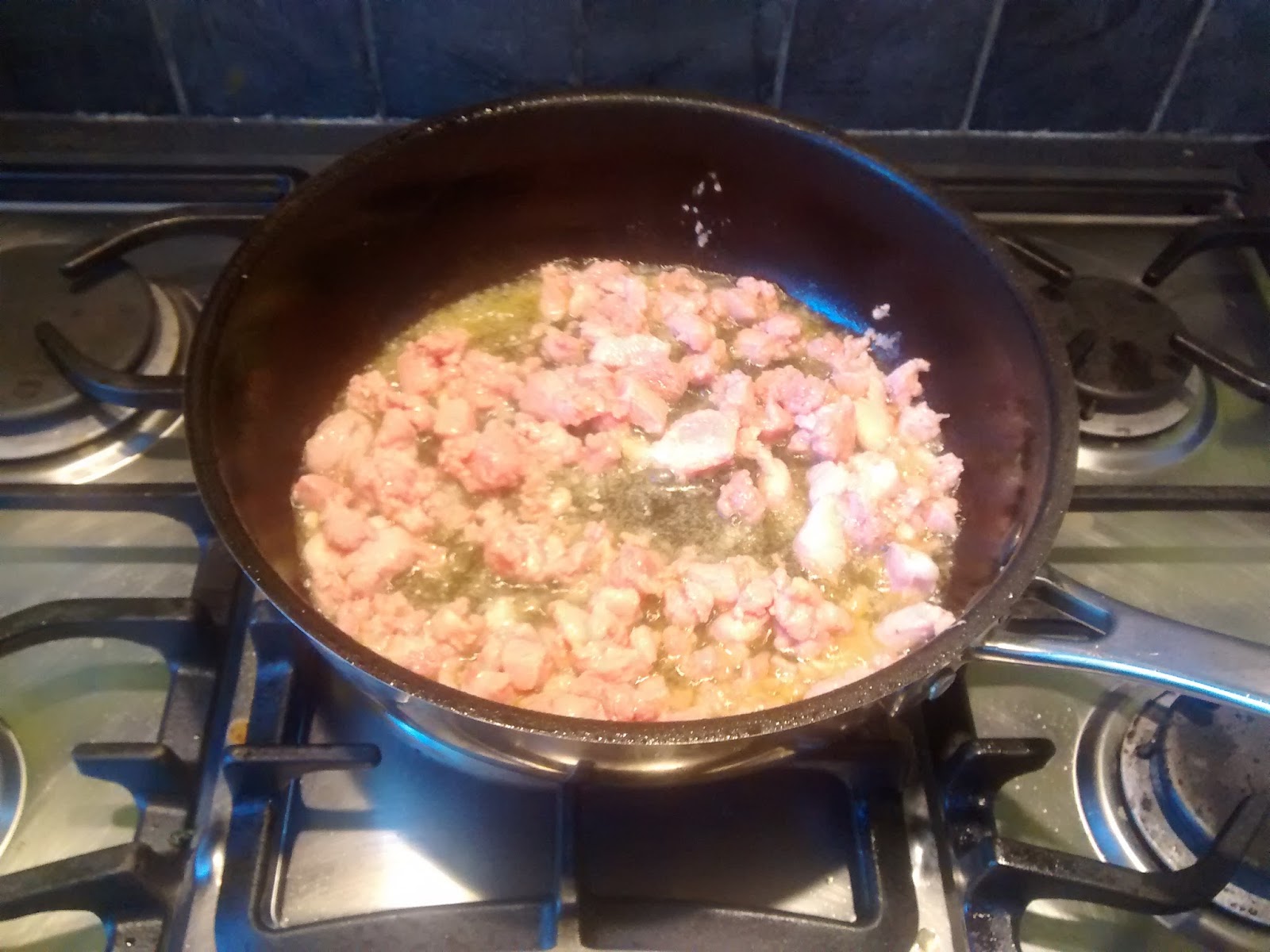 Keep the heat fairly high to get all the juice out (cheaper bacon has lots of juice) so it fries rather than boils. 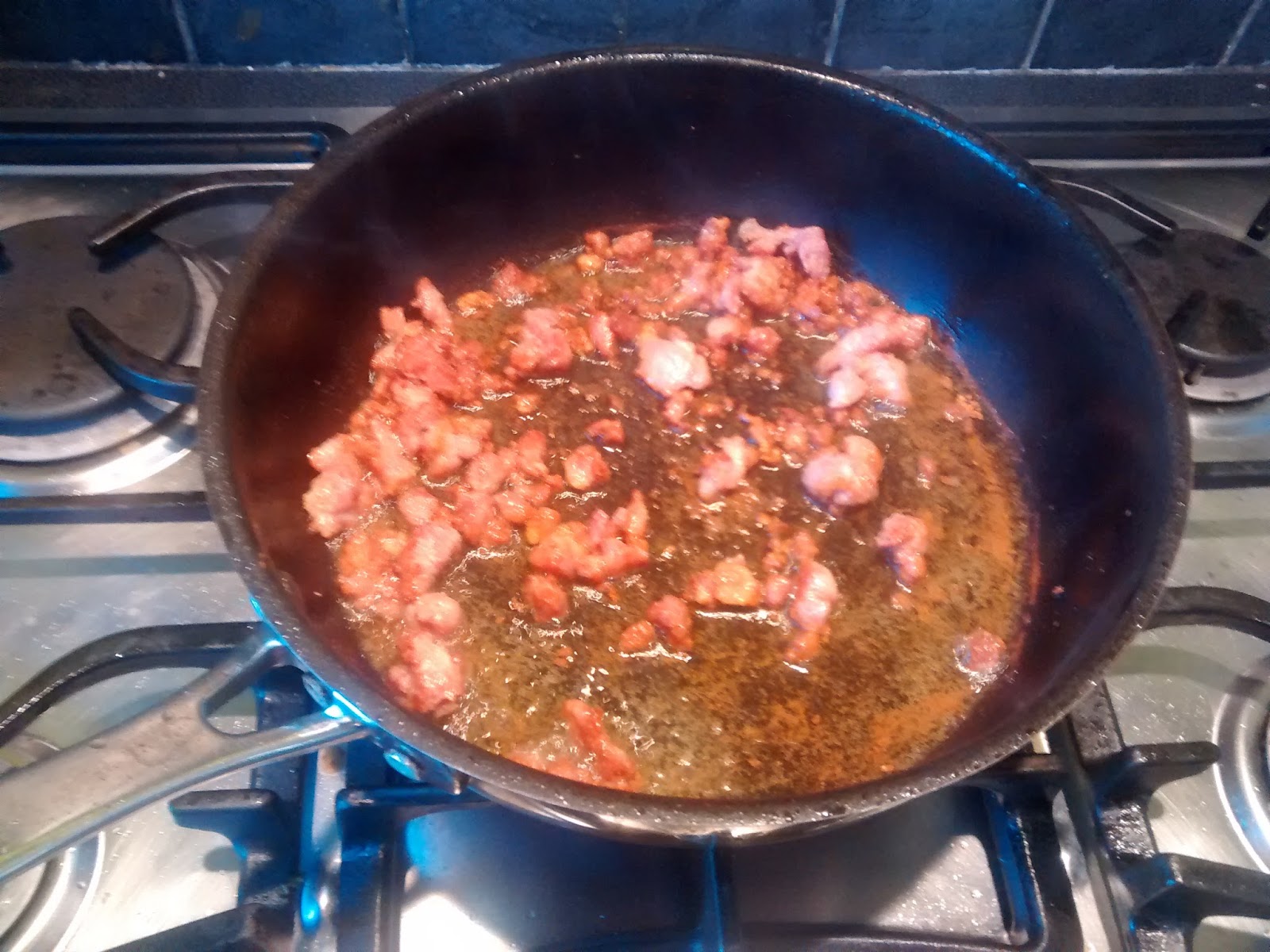 Let it get really nice and crispy. While it's doing that, you can chop the other ingredients / clean the kitchen / whatever else needs doing, but don't leave the kitchen or it'll burn to punish you. 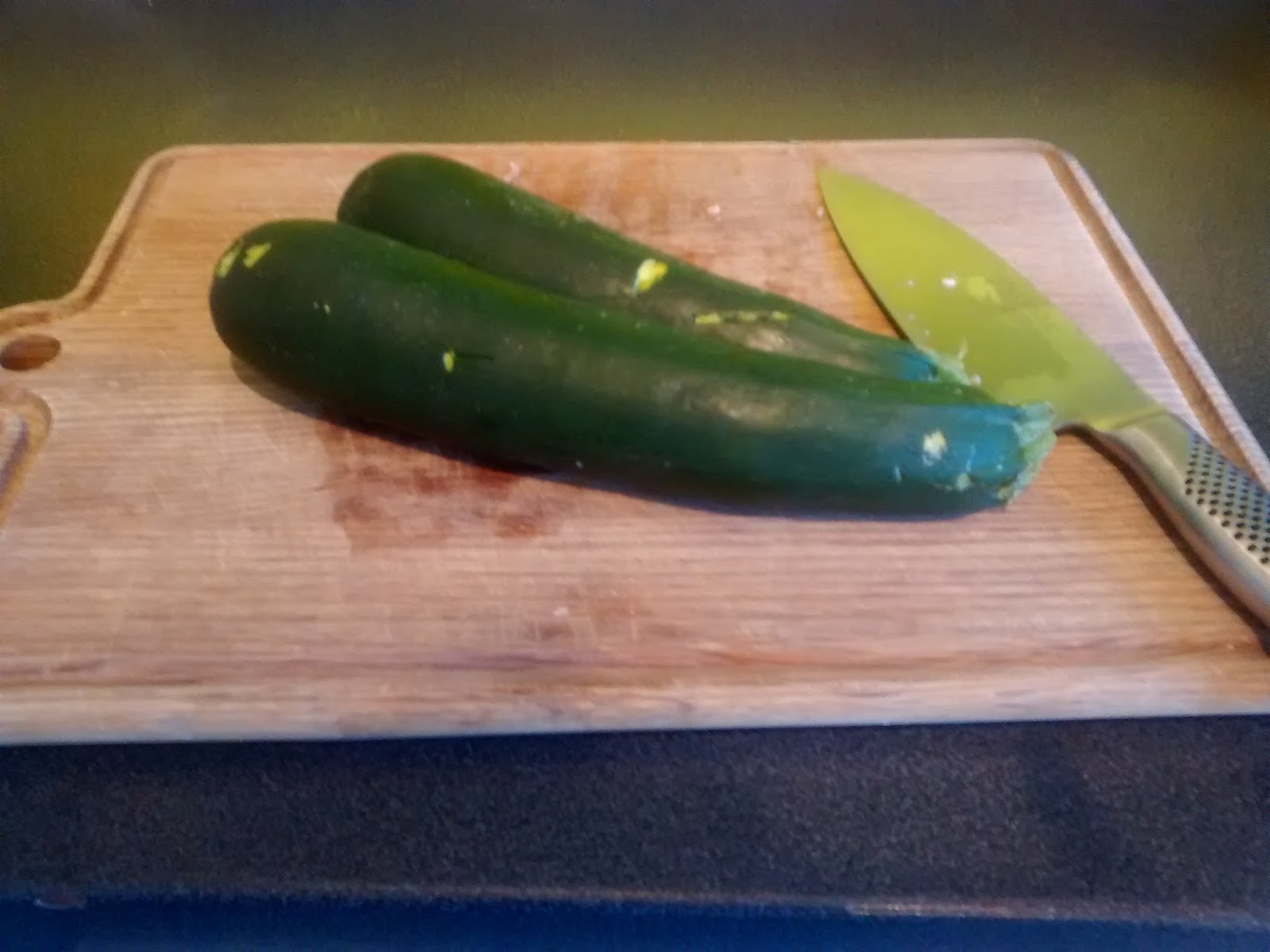 My bacon's done - grab some courgettes for my Patented Bacon-Pan Cleaning Marrow Method! 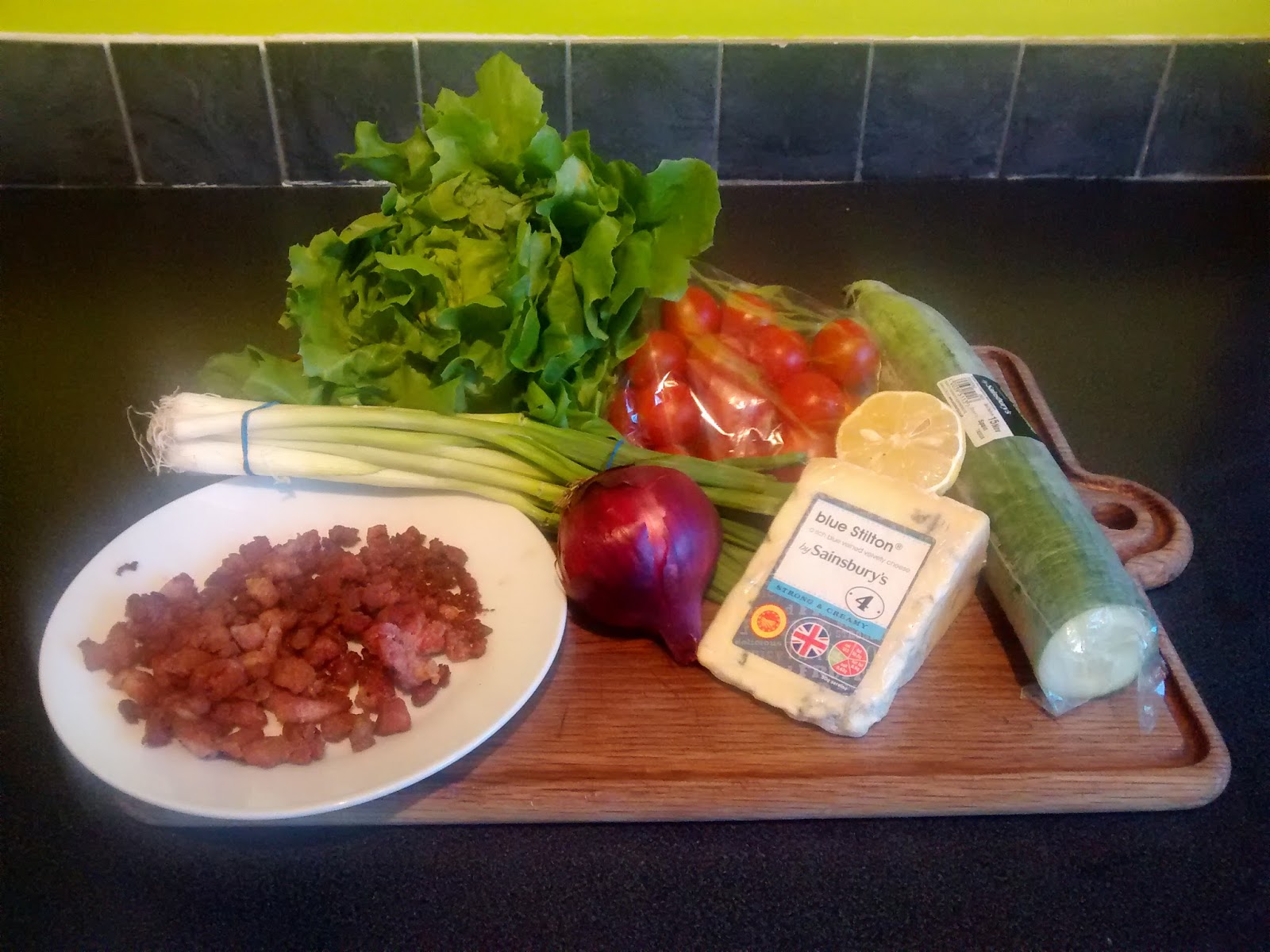 The other ingredients, lovingly assembled. (I spent the bacon-frying time cleaning the kitchen.) The lemon didn't make the final cut, so ignore that one. 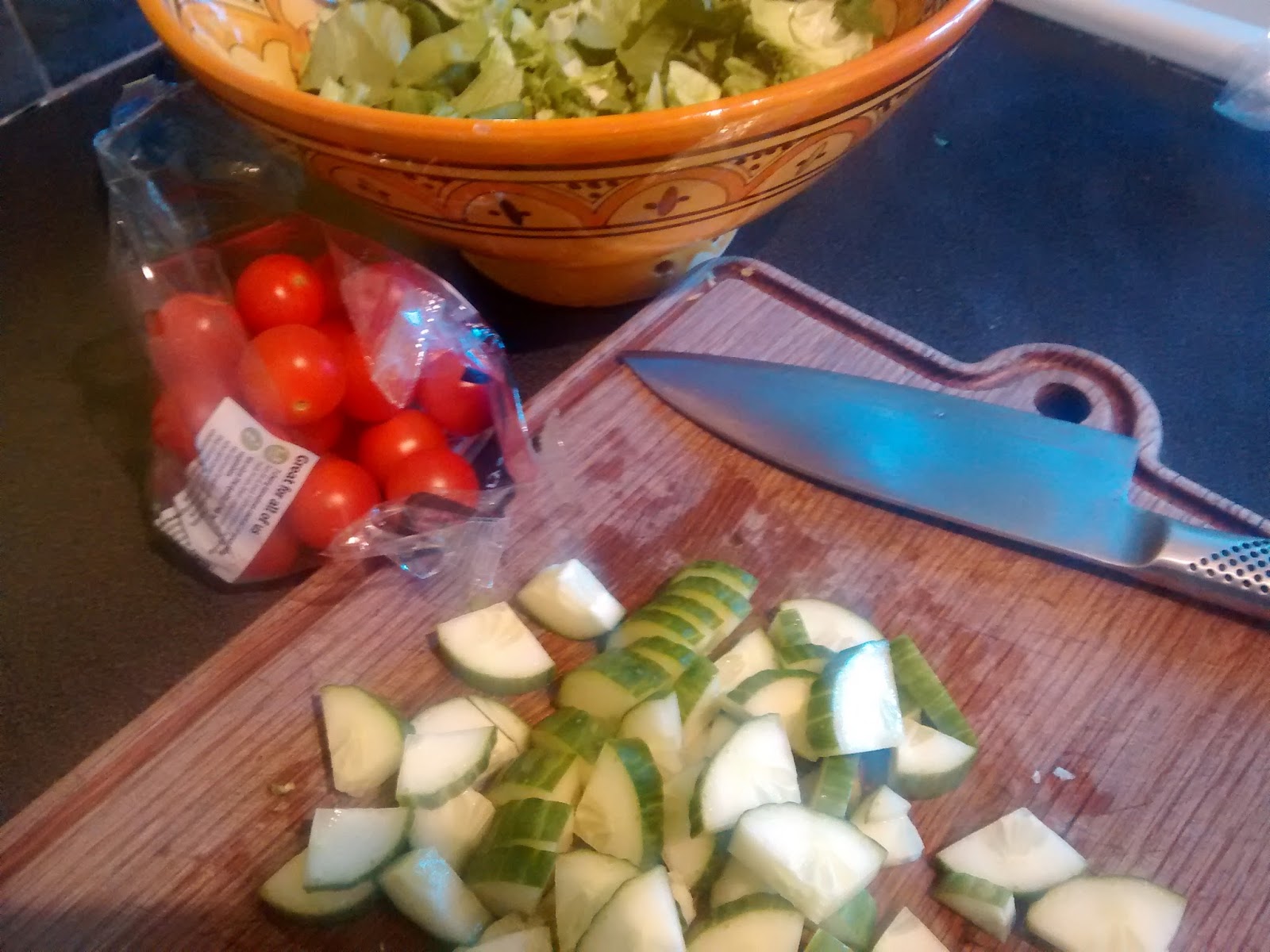 Chop the cucumber - I do mine lengthways in half, then cut down the middle of each length, and then fairly roughly and chunkily sideways. 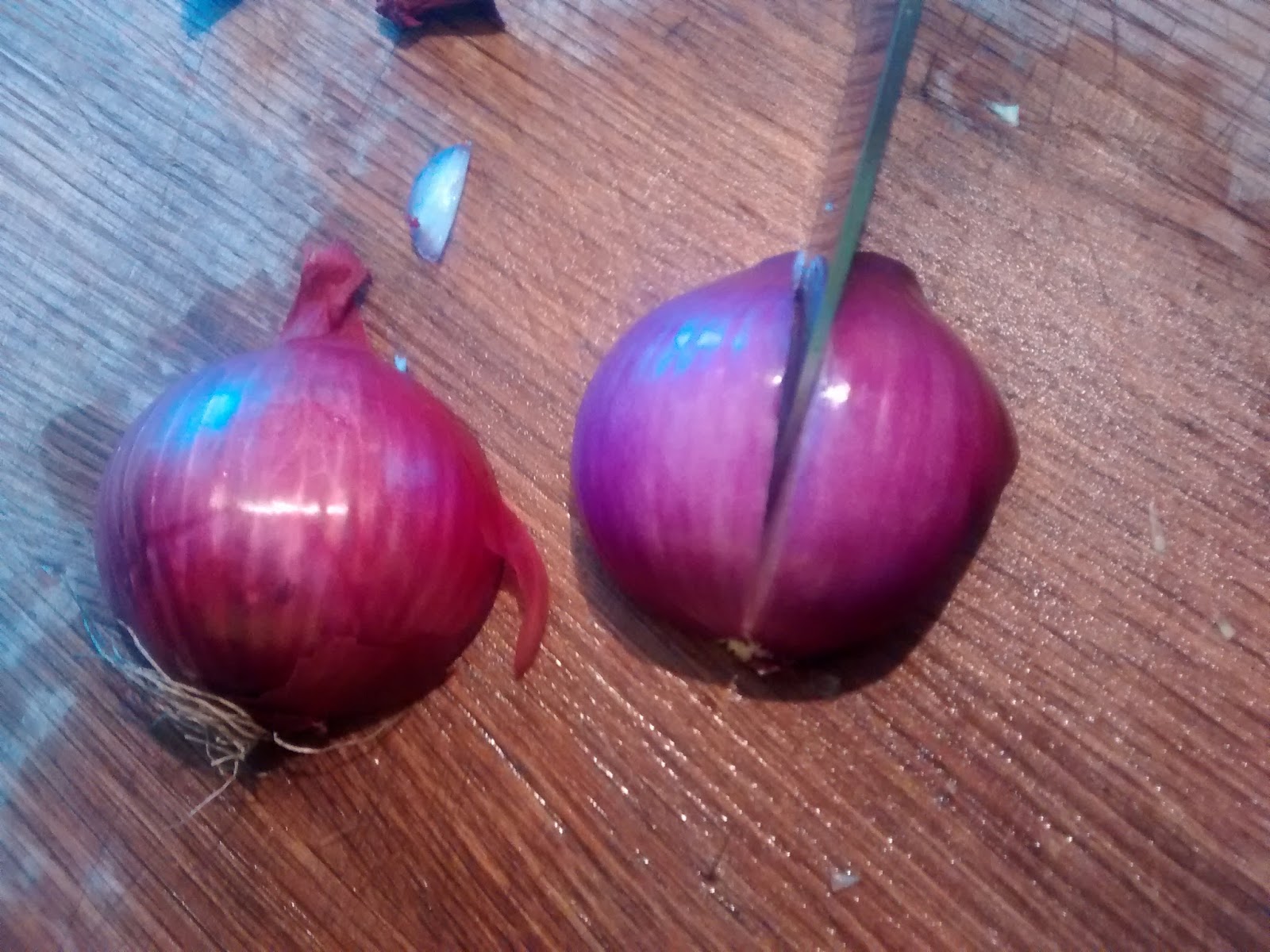 Half a red onion - don't forget the chef's trick for onions. I want this in short slices, not finely chopped, so I'm doing one cut down the middle, and then... 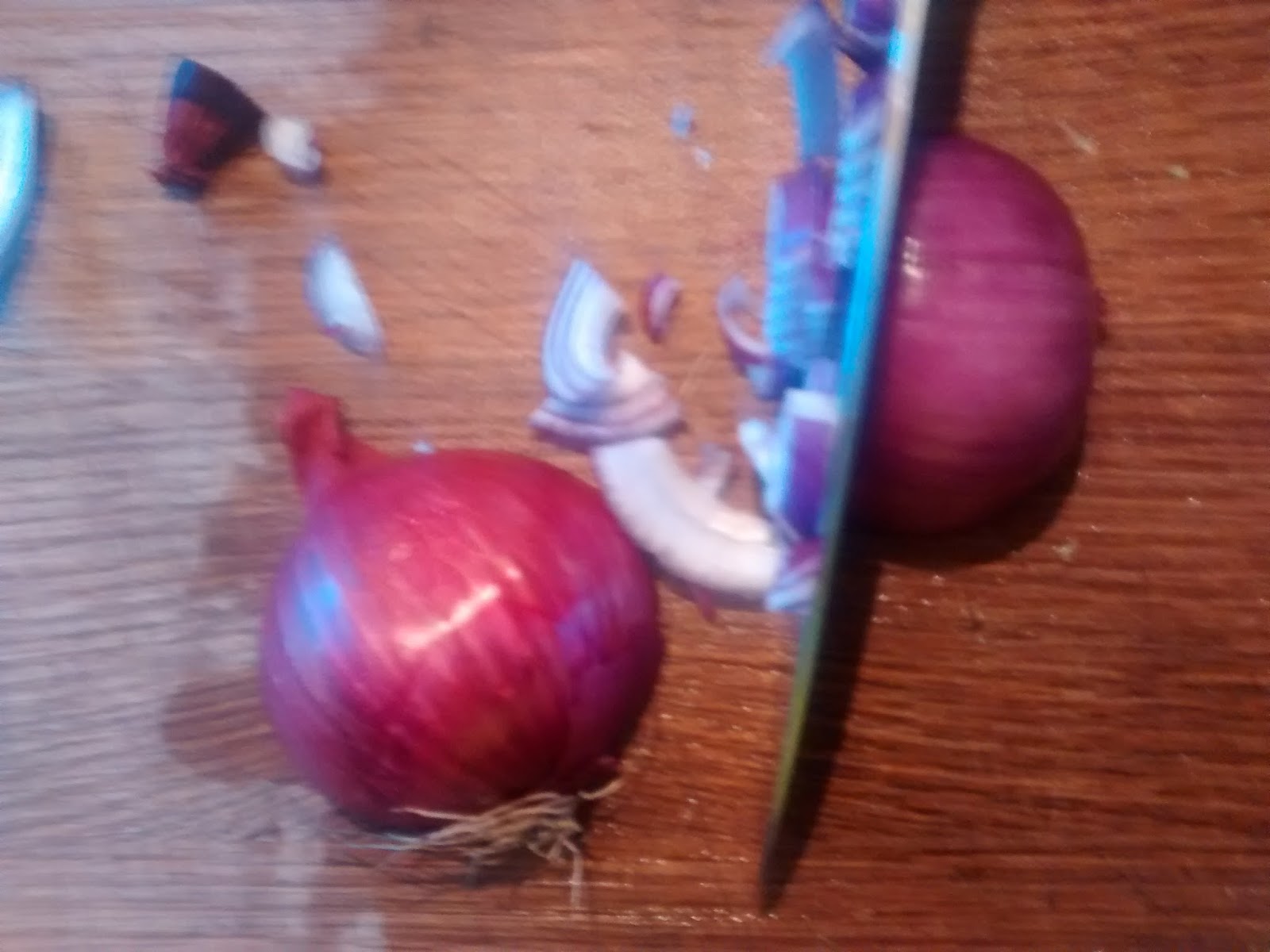 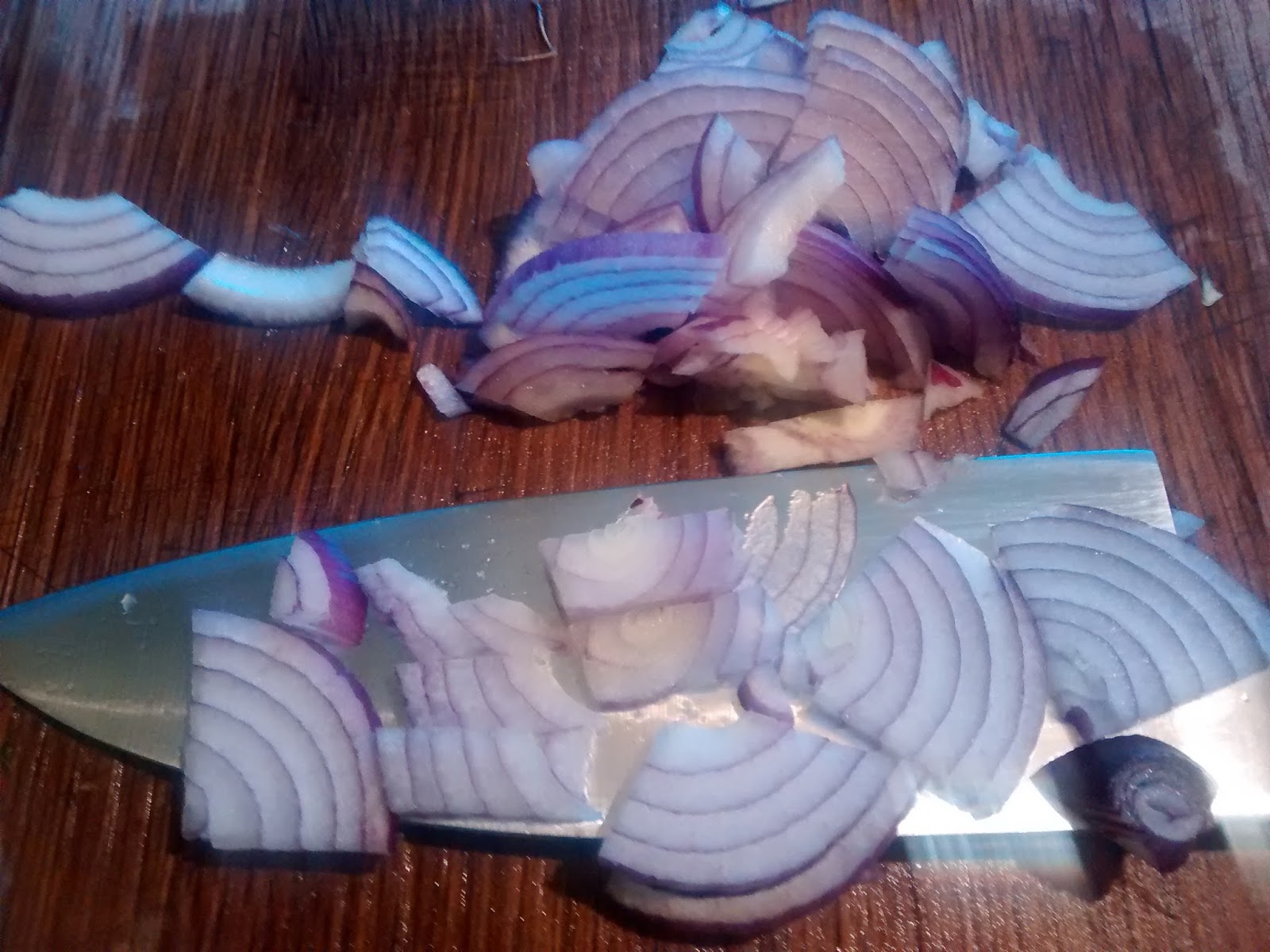 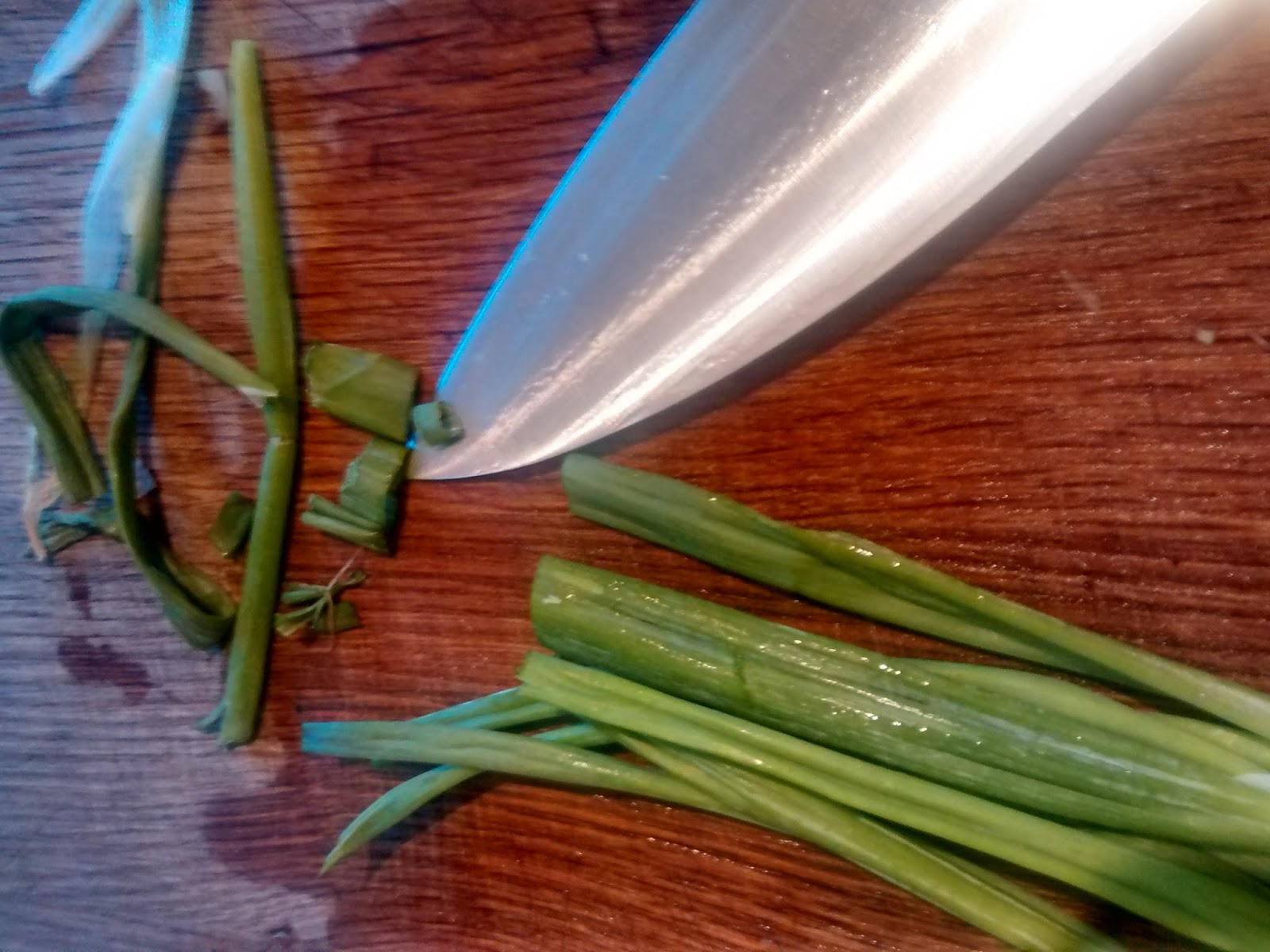 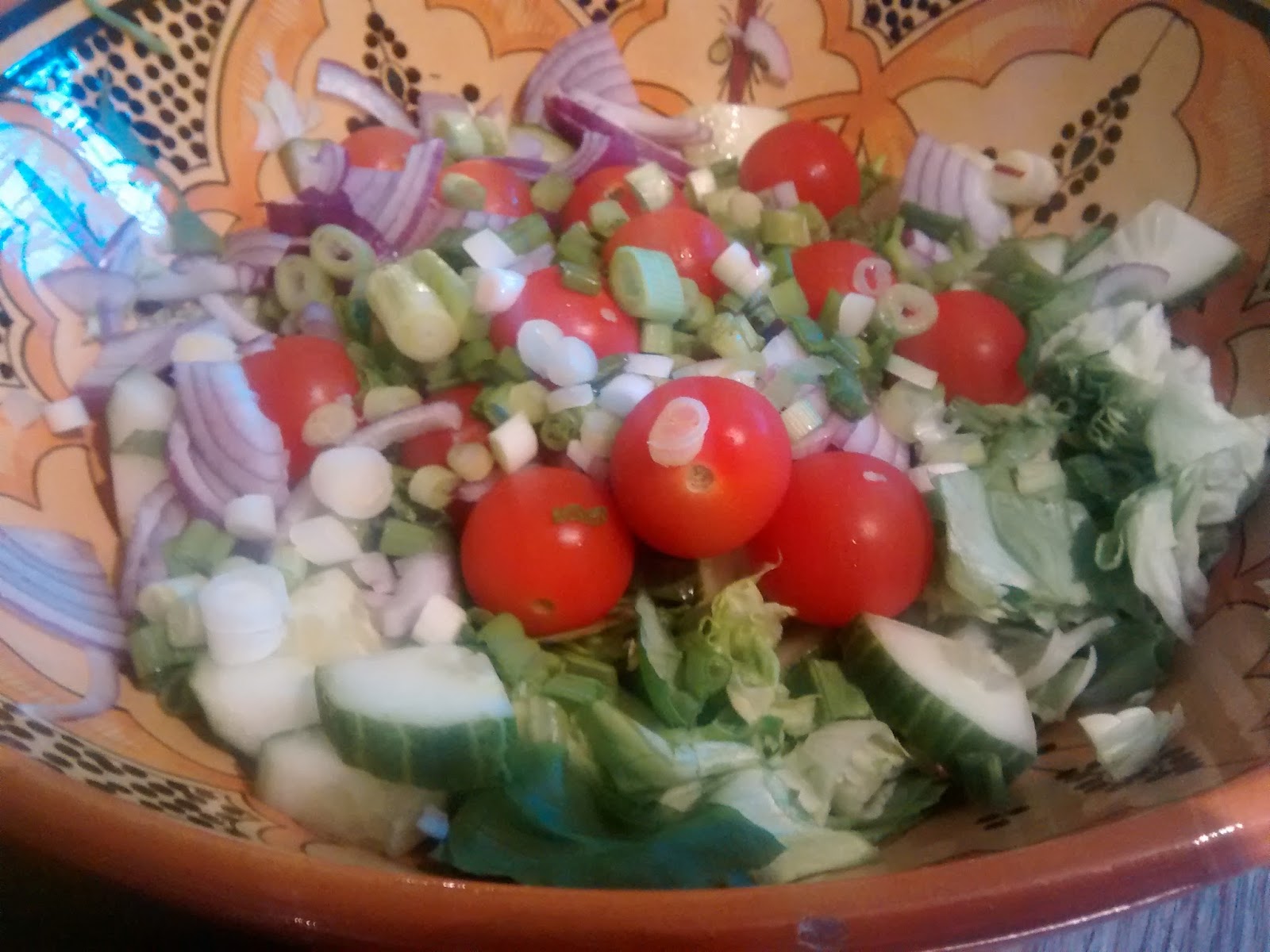 So far we have roughly chopped lettuce (I like mine in fairly small pieces, as I'll eat this with a spoon while I read, some people like larger pieces), the cucumber, the cherry tomatoes, the spring onion, and the red onion. Time for the fancy ingredients! 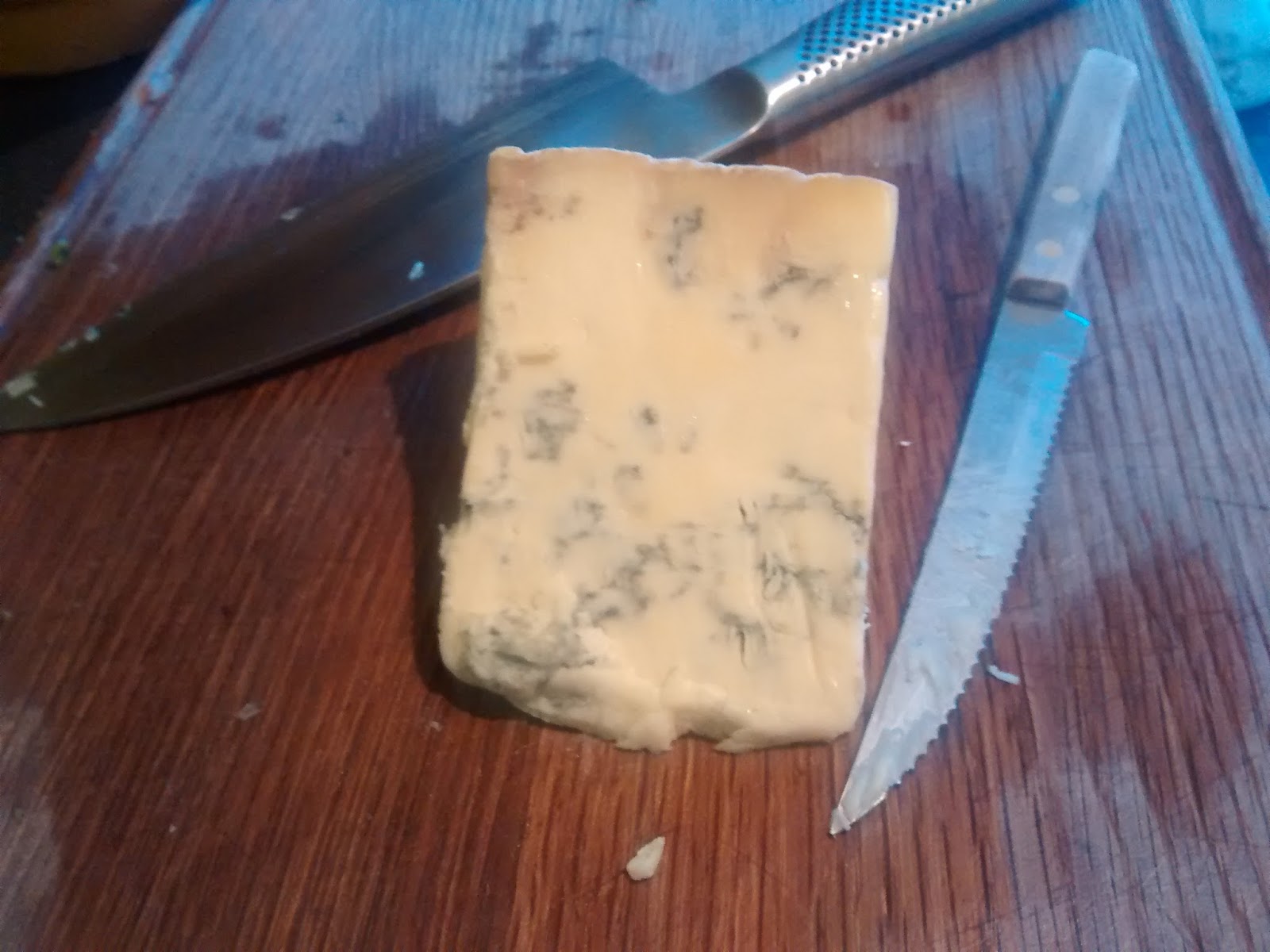 A gorgeous block of Stilton! This block is 200g so I'm going to use three-quarters of it and save the rest for a spinach & stilton frittata, or just for random nomming on oatcakes with Branston pickle. You could put it all in, if you like. 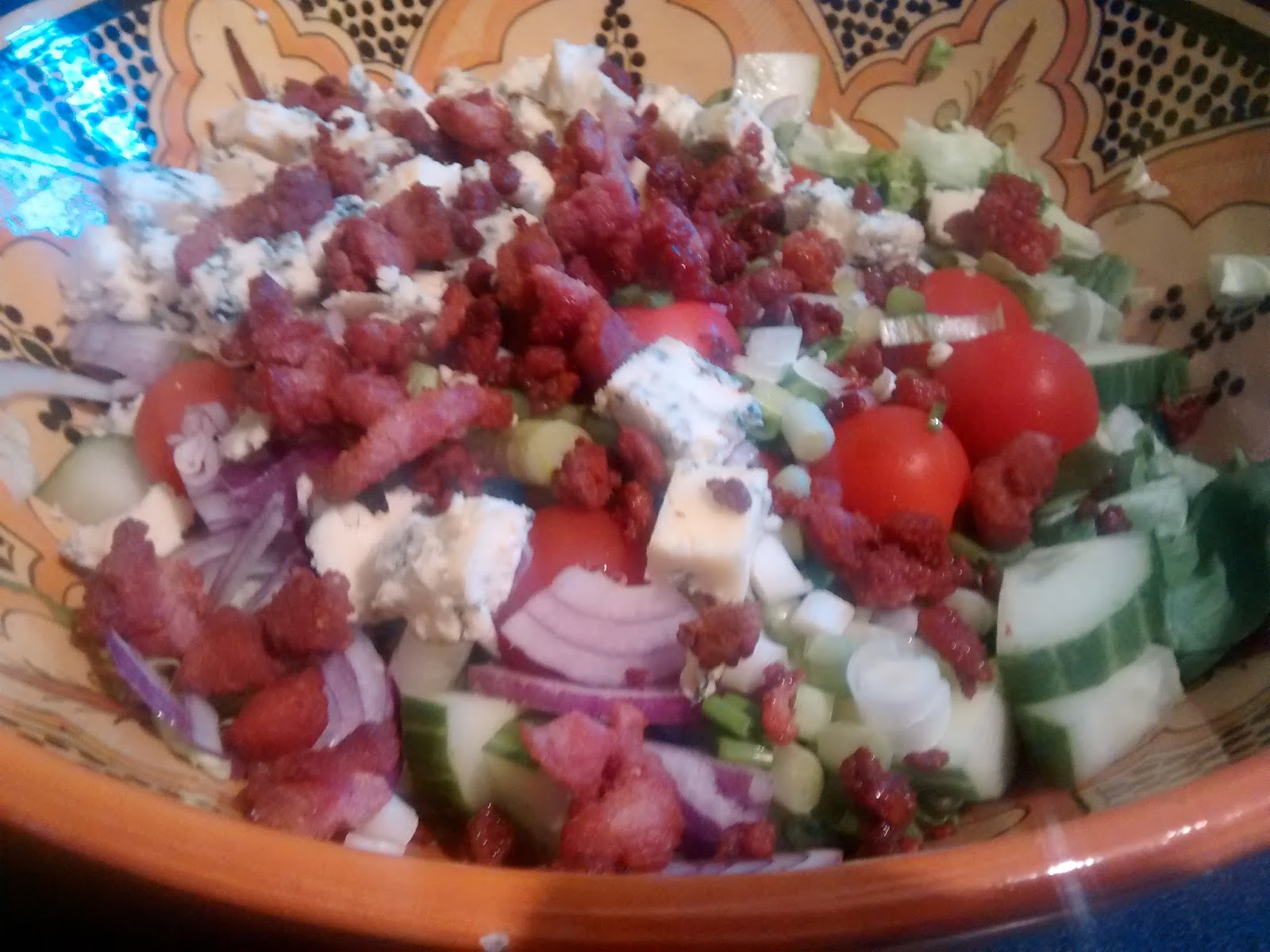 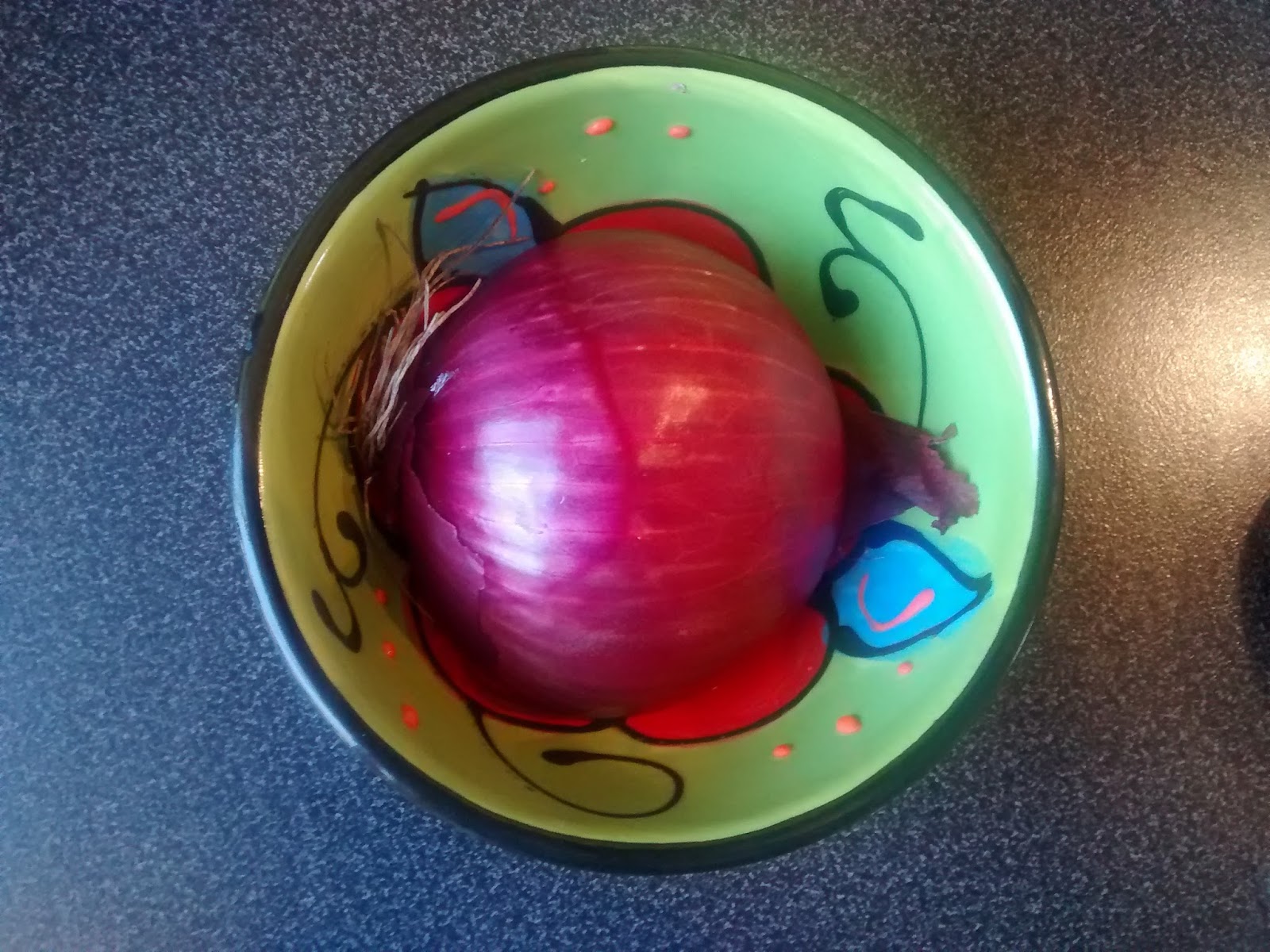 The other half of the onion is face-down in the prettiest little bowl (a recent gift from Spain). I might use this for my quick 'n dirty Mexican scrambled eggs, which is photographed but not yet posted.

Sprinkle the bacon over, and toss everything well. Doesn't that look good? 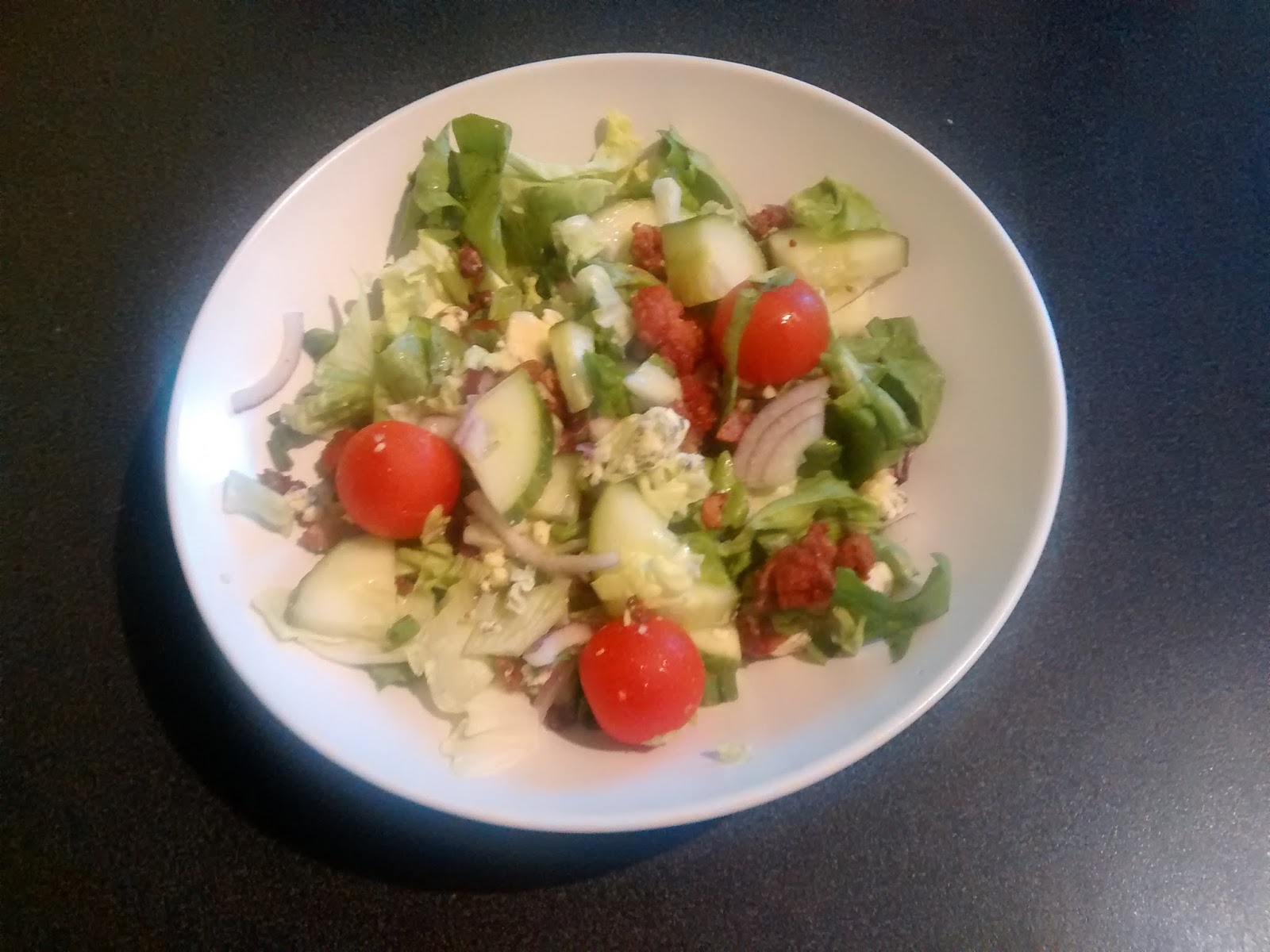 Today's salad, undressed. (The rest goes in the fridge, UNDRESSED - remember, do not dress salad that you want to keep! Only dress what you're going to eat right then.) 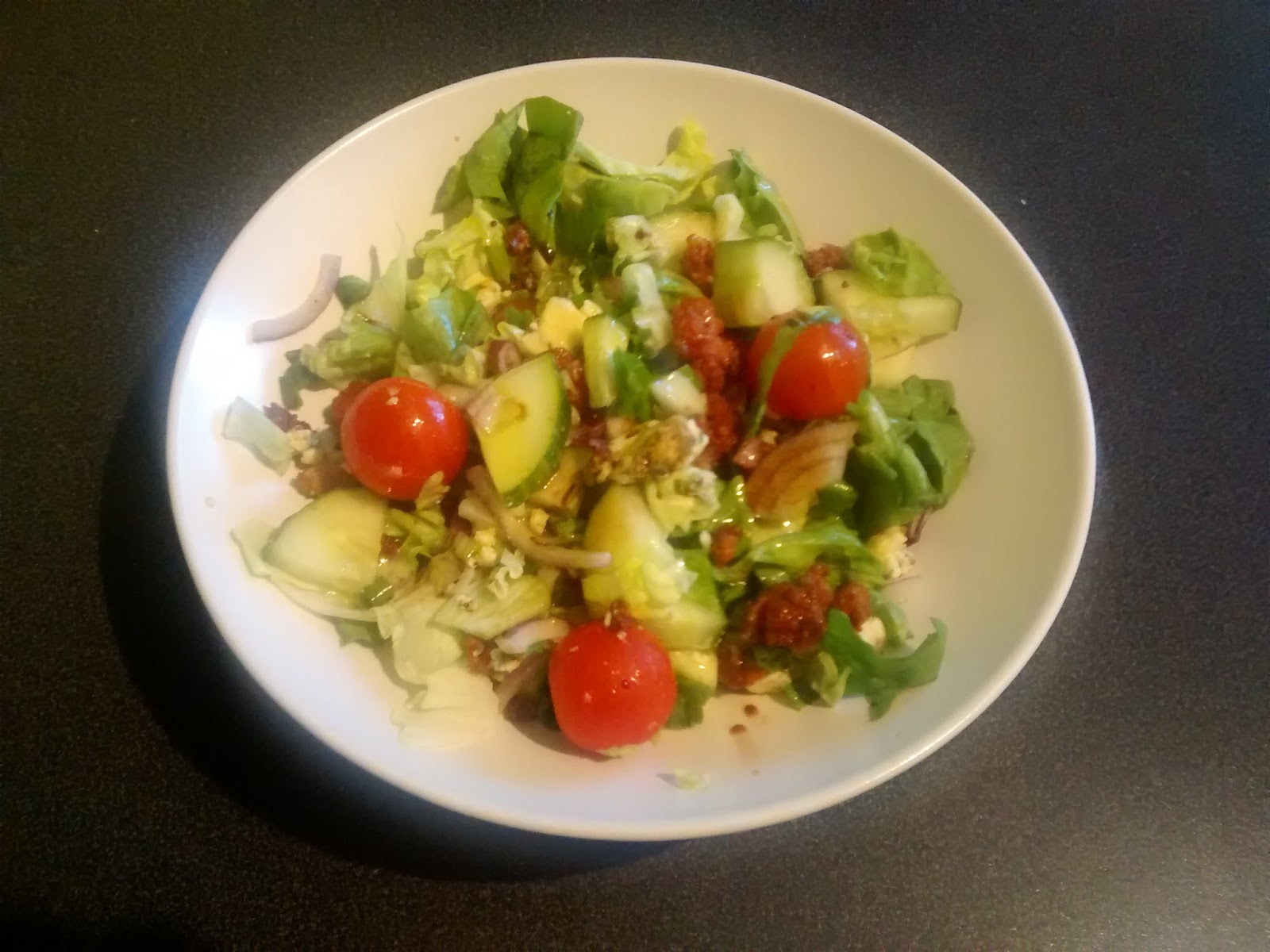 The salad, dressed - a generous splash of olive oil, a few shakes of balsamic vinegar, and incredibly delicious lunch has arrived.

After lunch, I went for a walk (shorter than usual, because photographing the salad took longer than just making it), and saw this: 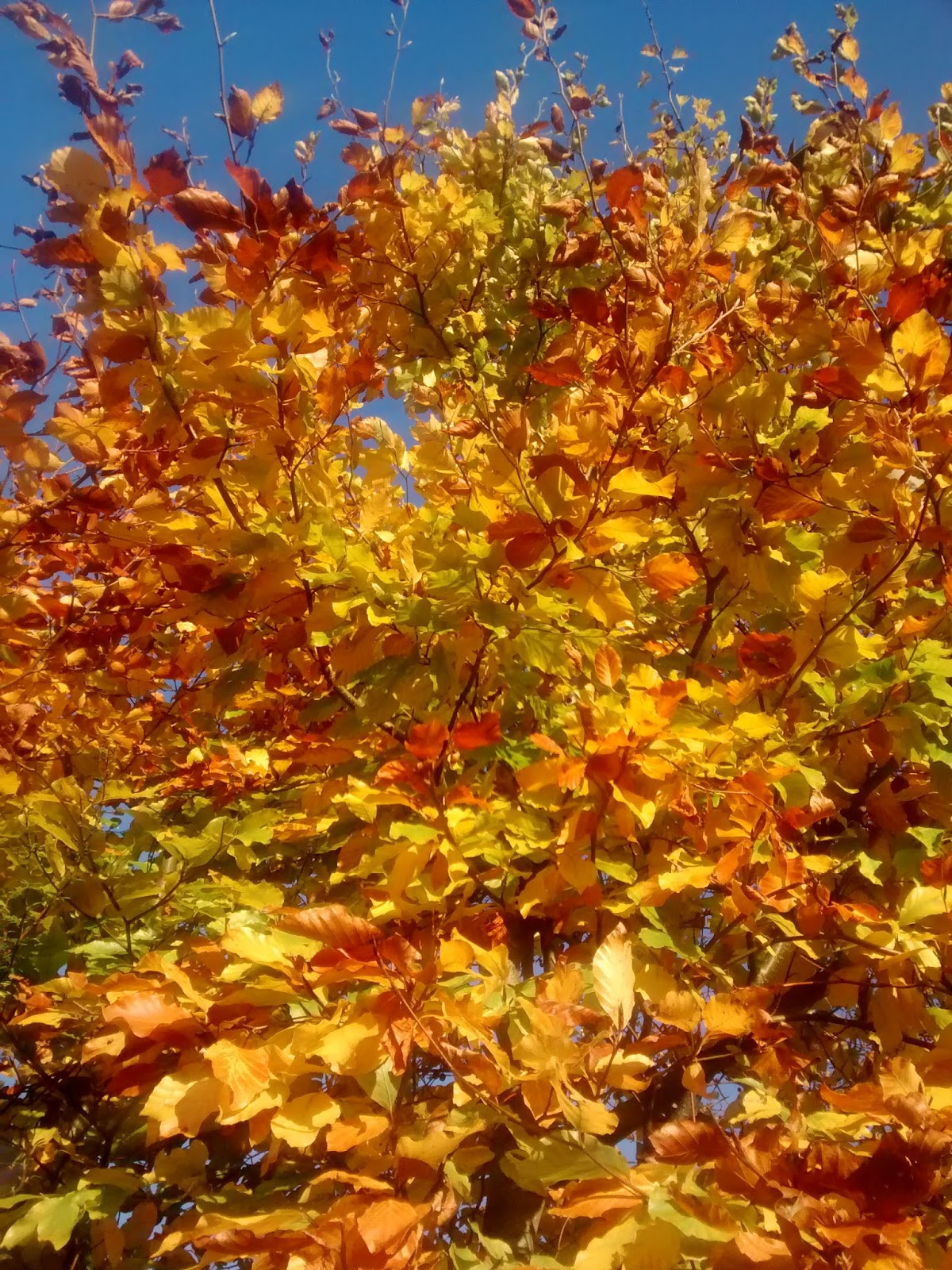